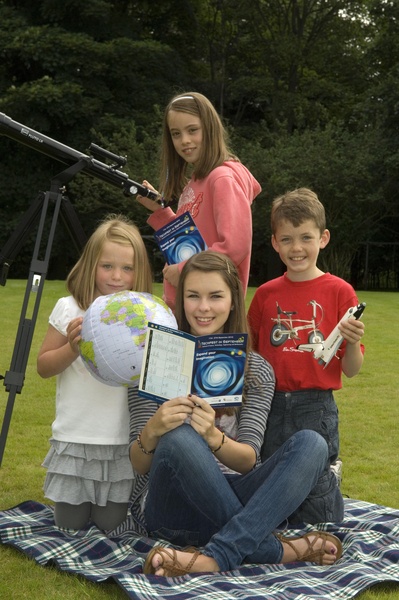 With more events, workshops and shows than ever before, Aberdeen’s annual festival of Science, Technology, Engineering and Mathematics (STEM), is set to attract a record 25,000 visitors to more than 180 events, shows and workshops between September 10 and 27.

Supported by joint principal funders BP and Shell, the festival is now in its 17th year of engaging the public in the four main subjects of Science, Technology, Engineering and Mathematics and instilling the relevance of STEM in everyday life.

Booking opens this week for the new public programme, which has something for everyone - including loud and lively shows aimed at young children through to thought-provoking lunchtime and evening events for adults, featuring everything from forensic anthropology and wildlife photography to chocolate and cocktails.

New venues include Cineworld cinema and Aberdeen’s Tiger Tiger bar, which will host Cool Science events designed for teenagers and young adults, such as the science of Hollywood movies and a session with DJ and rapper Millennium Child, who is also a biochemist!

In keeping with the “launch” theme, former NASA astronaut Duane ‘Digger’ Carey will present the opening event at the Beach Ballroom on Saturday, September 11.

This promises to be an unforgettable evening as the former space shuttle pilot relives his time with NASA, discusses the reality of spaceflight and talks about his own journey from high school to space school and beyond.

Other key highlights include Dr Bunhead from TV’s Brainiac, who will return with his Natural Disasters family show, and Expand Your Imagination, an activity weekend at the Beach Ballroom and Leisure Centre.

Other high profile presenters include Nick Arnold, author of the best-selling Horrible Science series, who will bring his gruesome tales to life at the Cowdray Hall.

From the world of TV, geologist Professor Iain Stewart will look at how geological and climatic change can influence world events, while naturalist Nick Baker will talk about his search for Weird Creatures.

The Discovery Series offer a wide range of interesting and fascinating presentations for adults, while the Technology at Work tours will give visitors a behind the scenes experience at venues such as Northsound, Grampian Police and the Maritime Rescue Institute at Stonehaven, as well as the Shell Virtual Reality Centre.

Meanwhile, the LunchBytes series is moving out into Aberdeenshire for 2010, with events in Peterhead, Oldmeldrum, Huntly, Laurencekirk, Inverurie, Portlethen and Alford as well as Aberdeen, presented by a variety of researchers and academics who will show how research is being used to benefit society.

“We have introduced a huge variety of new events and particularly venues this year, including clubs and cinemas for events that are aimed at teenagers and young people.

“The public programme offers something for all different age groups and audiences, from the fun and light-hearted to thought-provoking presentations. We are particularly pleased to have secured Duane Carey for the opening event on September 11 and his tales of his time with NASA are sure to be a big attraction.”

She added: “We are indebted to the assistance we receive from all our sponsors and supporters, in particular our joint principal funders Shell and BP, whose ongoing backing helps us to continue to educate, entertain and inspire.”

Lynne Staples-Scott, BP’s Social Responsibility Manager and a TechFest-SetPoint board member, said: "TechFest In September is an excellent example of how the public, private and voluntary sector can work together to inspire the next generation of scientists who will be so vital for our future success.

“I am sure this year’s festival will be as successful as ever and look forward to enjoying some of the workshops and presentations on offer over the next few weeks.“

Paul Garnham, CCS Technical Team Leader at Shell in Aberdeen and also a TechFest-Setpoint board member, said: “By helping TechFest In September 2010 generate enthusiasm for the world of STEM subjects, we hope to provide both stimulating enjoyment for the public as well as inspiration for the engineers, scientists, technologists and mathematicians of the future who are essential for the continued development of the oil and gas industry.”

As well as the public programme, thousands of pupils across Scotland are also signed up to attend a host of STEM-themed TechFest events for schools.

• Through a programme of Science, Technology, Engineering and Mathematics (STEM) activities - of which TechFest In September is the main event – the aim is to engage, challenge, inform and inspire young people and encourage them to choose a career which utilises these skills.