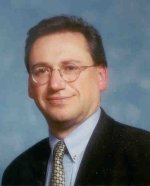 New data suggests that one of two inhaled asthma therapies is at least as effective as the other despite being prescribed at a much lower dose, according to data from a recent comparative study1.

A research team led by the University of Aberdeen compared the inhaled corticosteroids fluticasone and extra-fine hydrofluoroalkane beclometasone (hereafter referred to as beclometasone), both commonly prescribed as asthma ‘preventer’ therapy.

Using the UK General Practice Research Database2, the team studied the medical records of more than 1,500 patients aged five to 60 over a two-year period. The patients had all been prescribed one of the two steroids, usually taken twice a day through an inhaler to ease and prevent asthma symptoms and attacks.

The researchers – whose findings appear today in the Journal of Allergy and Clinical Immunology – looked at patients who were prescribed inhaled steroids for the first time and at patients who had their steroid dose increased.

Both drugs improved asthma control substantially, however, Professor David Price, Professor of Primary Care Respiratory Medicine at the University of Aberdeen, said that one of the two steroids appeared to offer additional benefits.

“The finding may be explained by formulation differences between the two steroids. HFA beclometasone has smaller sized particles than fluticasone, which may result in better distribution of the steroid throughout the entire lung rather than just targeting the large airways.

“This may mean that patients who don’t use their inhalers properly – and many people have poor inhaler technique – can get away with it because the smaller particles still seem to get down into the lung.

“Our study seems to show that both targeting the smaller airways of the lung and particle size may play important roles in the effectiveness of steroid treatment in asthma patients. However more studies are now needed.

“Asthma patients whose conditions are being controlled by their treatment should not look to change their inhaler, although their clinician may consider reducing their dose.”

The research team say a long-term comparative study of inhaled corticosteroids was needed to establish the effectiveness of using different drugs in asthma patients. Their comparison focused on the presence/absence of asthma control and the number and frequency of any asthma flare-ups experienced by the patient.

“Because research studies have not yet identified significant differences in clinical effectiveness among available inhalers, a clinician’s choice of inhaler is often guided by convenience and cost rather than by effectiveness.

“Our findings support guideline recommendations for initiating steroid inhalers, and increasing the dose as necessary, to manage persistent asthma before adding additional types of therapy.”

The researchers explain that their study was different to many other asthma studies, which are usually conducted in specific patient groups. For example, traditional studies often only involve patients with no other medical conditions and who are adept at using their inhalers, and frequently exclude patients with a certain level of lung impairment, which results in poor representation of a substantial proportion of the true asthma population.

Professor Price added: “It has been estimated that over 90% of patients seen by GPs would not qualify for typical asthma trials.

“Our study was a ‘real-life population study’ that looked at data from asthma patients treated in everyday clinical practice, which is quite different to the patient population used in a standard asthma clinical trial.”

1.The study was funded by Teva Pharmaceutical Industries which produce the HFA beclometasone inhaler but researchers say it was independently assessed.