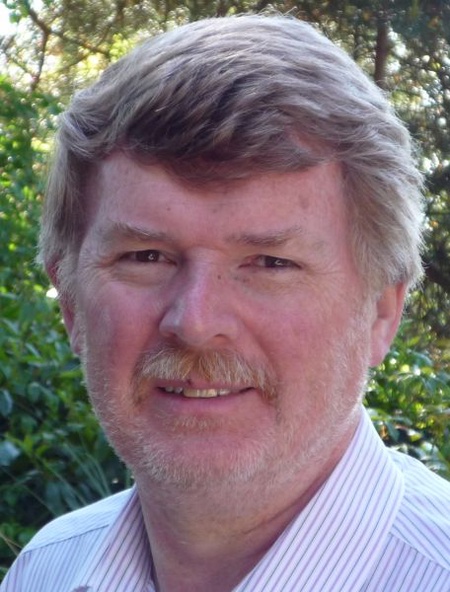 The head of the University of Aberdeen’s museums retires today (July 30) after a decade presiding over one of the largest collections in Scotland.

Dr Alan Knox has had responsibility for more than half a million important items ranging from great ape skeletons, Egyptian mummified cats  and Inuit kayaks, to ancient books and documents, during his 11 years at the University.

But today (Friday July 30) he hands over responsibility for the University’s vast collections and seven museums, which he successfully applied to have recognised as nationally significant.

Also the UK’s leading avian taxonomist, he now intends to devote more time to research into bird classification, as well as to studying the history of ornithology in the north-east.

Dr Knox first came to Aberdeen to study zoology in 1969, remaining to do his PhD which he completed in 1977 and for which he won the prestigious Thomas Henry Huxley prize for original research in zoology. He stayed on at the universityfor two spells as a post-doctoral researcher, and a year analysing data in the Department of Obstetrics and Gynaecology.

His research included work on the evolutionary ecology of crossbills during which he identified the Scottish Crossbill as a species in its own right, making it Scotland and Britain’s only endemic bird.

He left Aberdeen to take up a post of senior scientist in the Natural History Museum outstation at Tring, Hertfordshire where he continued his research into birds as well as assisting hundreds of researchers from around the world to locate and analyse relevant material.

His own work included the exposure of a series of systematic frauds perpetrated over many years by the legendary ornithologist Richard Meinertzhagen.  After leaving Tring, Dr Knox spent a successful 10 years at the award-winning Buckinghamshire County Museum, becoming head of museum service.

He returned to Aberdeen in 1999 to take responsibility for the university’s collections of archives, rare books and museums. As well as revolutionising the care of the collections, he has taken full advantage of technology to develop new ways to enable access to the collections, while at the same time his interest in the history of science has helped bring to the fore the many links between collections previously considered separate.

He led the successful application which brought the rare award of Recognition of National Significance to the entire University museum collection – the sixth largest in Scotland.

Dr Knox has also made a significant contribution to the planning of both the new library and a new museum which will open in Old Aberdeen next year.

Throughout his time at Aberdeen, he has continued with his ornithological research and is regarded as one of the most respected workers in this field across the world.

As chairman, he revitalised the British Ornithologists' Union Records Committee. Lars Svensson, one of Europe’s leading avian taxonomists, said, “Some of his published work has had lasting effect on European taxonomy, much due to his meticulous care for details and for his sound judgment”.

Recognising the popularity of birds and birding, he started a series of publications that present taxonomic findings and decisions in a style and format that is easily accessible to a lay audience.  This culminated in ‘Guidelines’ for determining species boundaries published in 2002 (his 164th publication) that was the most cited paper in Ibis (the BOU journal) for several years and was described by one leading American authority as ‘the most intelligent contribution on this subject that I have read for many years’.  His latest book published in January this year, with David Parkin, is The Status of Birds of Britain and Ireland.

Dr Knox said: “I consider myself very fortunate to have been able to work with the University’s superb collections, and the archive and museum teams that manage them. Both staff and collections are fantastic.

“Earlier this year we launched a new online catalogue for our museums and archives at www.abdn.ac.uk/museums which allows people anywhere in the world to search our collections and find the amazing things we have.

"The large and important collections were relatively little known. During my time here we have vastly improved access for research and teaching and got them known internationally. The project to build the new university library started because of a growing recognition of the importance of our archive and rare book collections.“

Neil Curtis, familiar to many throughout the north-east as the Senior Curator of Marischal Museum, is taking over as Head of Museums, and Siobhan Convery is already in post as Head of Special Libraries and Archives.