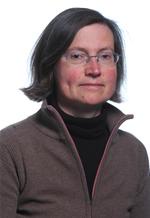 A trial conducted at the University of Aberdeen has contributed to a research report in the British Medical Journal (BMJ) which suggests that calcium supplements, commonly taken by older people for osteoporosis, are associated with an increased risk of a heart attack.

The research reported in the BMJ, led by Dr Mark Bolland and Professor Ian Reid of the University of Auckland in New Zealand, found that calcium supplements, commonly prescribed for skeletal health, may increase rates of heart attack (myocardial infarction) and cardiovascular events in healthy older people.

The findings are based on the results of combining randomised controlled trials of calcium supplements carried out across the world, the largest of which was led from Aberdeen by Professor Adrian Grant and involved more than 5,000 people throughout the UK.

Researchers in New Zealand found that when taken together, the results from the trials point to a 30 per cent increased risk of heart attack and smaller, non-significant, increases in the risk of stroke and mortality.

The findings were consistent across trials and were independent of age over 50, sex, and type of supplement.

The authors of the report warn that although the risk is small, the widespread use of calcium supplements to prevent osteoporotic fractures means that even a small increase might translate into a large burden of disease in the population.

Previous studies have found no increased cardiovascular risks with higher dietary calcium intake, suggesting that the risks are restricted to supplements.

They are therefore calling for a reassessment of the role of calcium supplements in osteoporosis management.

Dr Avenell, a clinical senior lecturer at the University of Aberdeen, said: “We conducted the largest trial looking at calcium supplements and whether they prevent fractures. It began in 1999 and we have been following people’s health service records ever since.

“As part of that trial we collected other data, including hospital admissions and causes of death and our findings have played an important role in the conclusions in this report.”

She said it was important for people to weigh up the risks and benefits of calcium supplements.

“Although the findings of the study indicate there may be an increased risk of heart attack in patients taking calcium supplements, the supplements may play a role in preventing fractures in those with osteoporosis.

“It is a balance of risks - people should consider the risks involved and how they apply to their own circumstances and discuss the matter with their GP.

“It is also important to remember that the results of this study, predominantly with people over the age of 50, do not necessarily apply to younger people with medical conditions that require calcium supplementation.”

1Department of Medicine, Faculty of Medical and Health Sciences, University of Auckland