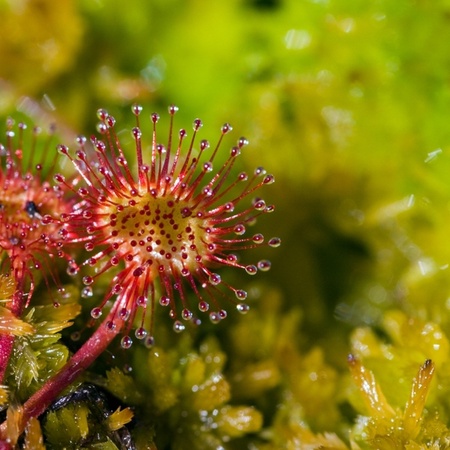 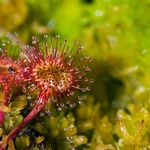 From carnivorous plants to some of the world’s most intelligent mammals - the diversity of wildlife in the north of Scotland will be celebrated at a free event this weekend.

Visitors to Waterstone’s Union Bridge branch tomorrow (Saturday August 14) will be given an insight into the fascinating creatures which can be found in the local area.

An insect-eating plant called a sundew, and the bottlenose dolphin which heavily populates the Moray Firth and can be seen in Aberdeen Harbour, will be some of the intriguing fauna and creatures being put under the microscope.

Peregrine Falcons which nest in Aberdeen, and the red squirrel, one of the country’s top priority species, will also be discussed at the event, which aims to increase awareness of the wildlife which exists locally, and where it can be found.

Mandy Tulloch, founder of Mud Pies, which runs woodland nature classes for young children, to encourage them to discover more about nature, will present the session which takes place between 2-4 pm.

The event - which celebrates the International Year of Biodiversity - is hosted by the University of Aberdeen and takes place as part of the institution’s Café Scientifique series.

Mandy said: “Although people often associate wildlife with exotic locations such as rainforests there’s lots of interesting flora and fauna near to and even within Aberdeen.

“Visitors to the event will learn more about four key species which can be found in this area of the world - peregrine falcons, red squirrels, dolphins and an insect-eating plant called a sundew - and most importantly where they can go to see them for themselves.

“The aim is to give people a local connection so that they can go and see some great wildlife in and around our city.

“By forming connections with these species it helps not only protect their future but helps towards increasing people’s awareness of and care towards our environment – an increasingly important concept in these days of climate change.”

The event - Dive Bombers, Flytraps and Acrobats - is the latest in the University of Aberdeen’s Café Scientifique series which runs once a month at Waterstone’s Union Bridge branch.

This special afternoon family session of Café Scientifique is aimed towards children under 12.

Advance booking is not required for the event which is free to attend.

The full Café Scientifique programme of events can be found at: www.cafescienceaberdeen.co.uk/

Café Scientifiqueand is sponsored by the University of Aberdeen and a Science and Society grant from the Scottish Government.