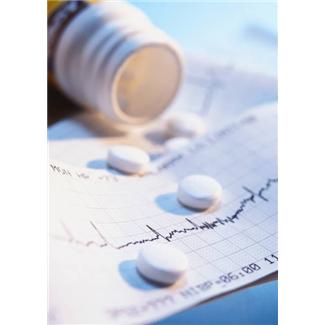 Commonly used painkillers like ibuprofen do not increase the risk of heart attack in the elderly population, according to a study.

Researchers found that the use of these drugs – also called non-steroidal anti-inflammatory drugs (NSAIDs) – was also associated with a lower risk of death although they are not sure why.

Their findings – which appear in the British Journal of Clinical Pharmacology – were based on a study which looked at a nationwide hospital admission and pharmacy prescription database of 320,000 Australian veterans.

Researchers looked at anti-inflammatory drugs that - with the exception of ibuprofen - generally require a prescription.

Professor Arduino Mangoni, who recently joined the University of Aberdeen from Flinders University in Adelaide, led the study which was conducted in Australia and funded by the Department of Veterans’ Affairs.

He said: “Heart disease represents one of the main causes of death and long-term disability in the elderly population and the burden of heart disease is likely to increase in the future due to the progressive ageing of the population.

“Thinking up until now suggests that the use of anti-inflammatory drugs, for the management of pain and inflammation in a number of disorders affecting the musculoskeletal system, increases the risk of heart disease. Concerns over the potential risk associated with the use of NSAIDs have been expressed in a recent statement by the American Heart Association.

“However, the evidence of a link between NSAIDs and heart disease is controversial as several studies have failed to demonstrate a significant increase in the risk.

“The existing controversy surrounding the association between NSAIDs and heart disease prompted this large-scale Australian study.

“Unlike previous studies we did not observe an increased risk of heart disease after considering NSAIDs as a whole, their sub-classes, and several individual drugs.

“In fact our study has demonstrated that the use of NSAIDs has overall a neutral effect on the risk of heart disease in a large elderly population with multiple co-existing medical conditions.

Professor Mangoni , Chair in Medicine of Old Age at the University of Aberdeen, believes the link between NSAIDs and mortality could be due to a number of factors.

“It could be that anti-inflammatory drugs could exert some protective effects towards heart disease and cancer, the two main killers in our ageing population. It might be that people on these drugs have better pain control and therefore have a less sedentary lifestyle. Or perhaps people on these drugs in our study were maybe generally healthier.”

Despite the findings Professor Mangoni would not advise people to take painkillers regularly unless they are necessary.

“Further prospective studies are urgently required to investigate the impact of NSAID use on these outcomes and the mechanisms involved.”

Professor Arduino Mangoni is available for interviews and photographs. He has more availability after 12.30pm. To arrange, please contact Jennifer Phillips on 01224 273174.