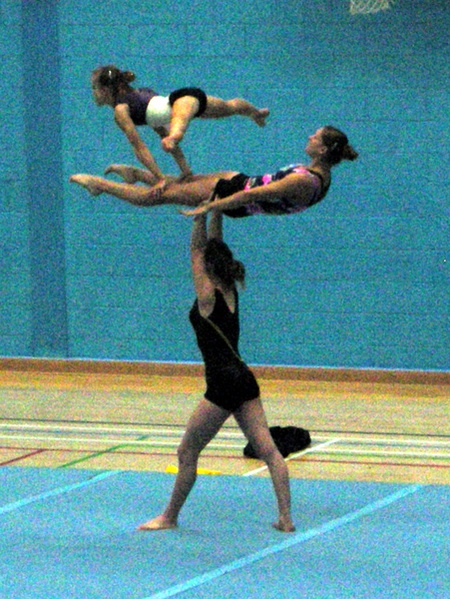 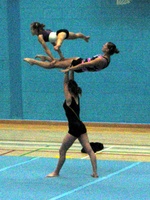 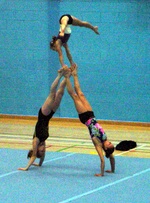 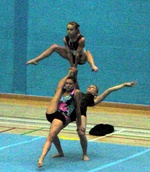 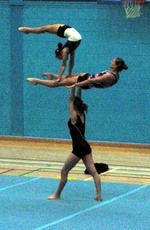 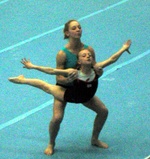 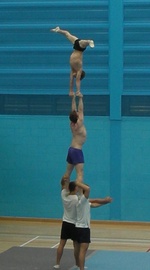 North-east gymnasts are hoping a visit from Britain’s Got Talent winners Spelbound will spur them on to success in a European competition.

The acrobatic troupe will be training at Aberdeen Sports Village today (July 1), as the Britain’s Got Talent tour comes to Aberdeen, to ensure they are at their peak before heading to the World Acro Championships in Poland.

They will now perform at the Royal Variety Performance and, after taking the £100,000 prize fund, have their eyes on Olympic Gold.

The troupe will be taking full advantage of the world-class facilities at Aberdeen Sports Village to ensure they are in peak condition, and their breathtaking routines will be watched closely by members of the Aberdeen Academy of Performing Arts.

Head coach Rachel Young is hoping it will provide the inspiration to propel them to success when their advanced gymnasts travel to the European Festival of Dance at the Disney Land Resort in Paris in October 2011.

She said: “The visit from Spelbound will have a big influence on our club and will help to raise awareness of the Acrobatic Gymnastic discipline.

“I am the only qualified coach in the north-east for the discipline and had to travel to many parts of the UK just to do complete my training.

“I made use of the new facilities to set up the club in August last year – the only one north of Fife - but as we grew we moved to our own premises, though some classes will run at ASV from August.

“Spelbound winning Britain’s Got Talent has generated a lot of interest in the sport and I’m delighted our members will get to see them perform in person. It will real inspire them for the European Festival of Dance and I hope it will encourage others to take up acrobatic gymnastics as well.

“We will be running new beginners classes and advanced classes from August and are hoping to attract more gymnasts and develop our boys-only classes.”

David Beattie, General Manager of Aberdeen Sports Village said it was a reflection of the standard of facilities that ASV could provide a training venue for the Olympic hopefuls.

“Aberdeen Sports Village raised the bar when it comes to the provision of sports facilities in the north of Scotland,” he added.

“Spelbound will be making use of our sports hall, which has a state-of-the-art sprung floor and we are delighted to be able to help them keep up their training ahead of the World Acro Championships and wish them success in the competition.”

To promote acrobatic gymnastics in the north-east, the Aberdeen Academy of Performing Arts , will host an open day at Aberdeen Sports Village on Saturday July 10 for anyone interest in trying their hand at the sport.

It will include sessions for complete beginners and those with gymnastic experience who want to have a go at the pairs, trio and group work.

The open day will run from 3pm. For more information please contact Rachel on 07753766113 or email is academyperformingarts@hotmail.co.uk