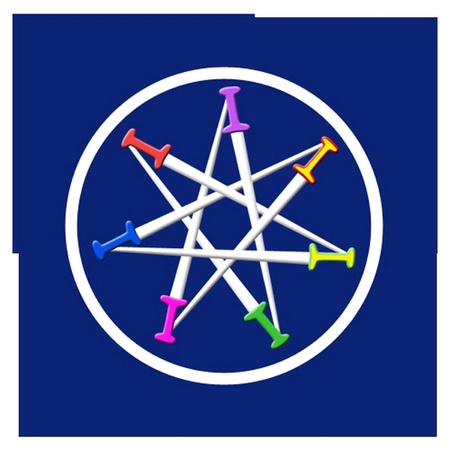 A sword dance group from Shetland which keeps alive a centuries-old tradition from the tiny island of Papa Stour will give a rare performance outwith the islands at the UK’s largest fiddle festival.

The dance, made famous by Sir Walter Scott in his poem The Pirate, was last performed by a Papa Stour based team in 1962, but has been kept alive, on the Shetland mainland, thanks to the efforts of George PS Peterson.

A native of Papa Stour, he began teaching the dance at Brae High School when he moved to the Shetland mainland.

Since then, it has been performed only occasionally on the islands and with the exception of a performance in Denmark in the 1980s and one in Norway in the 1990s, not outwith Shetland.

That will change on July 16 when the Papa Stour Sword Dancers take to the stage at the North Atlantic Fiddle Convention – the UK’s largest fiddle and dance festival.

Organised by the University of Aberdeen’s Elphinstone Institute in partnership with Scottish Culture and Traditions, the festival, which runs from July 14 to 18 will bring together some of the biggest names in traditional music.

The Papa Stour Sword Dancers form part of a strong dance strand at the 2010 festival, which is returning to Aberdeen for the first time in four years.

It will be a family occasion for the Petersons, of Brae and Muckle Roe, with George’s son’s, Martin and Peter, and grandson Danny all performing.

Danny said they were excited to be invited to take part in NAFCo and that the performance would raise the profile of Papa Stour Sword Dance.

“My grandfather has worked very hard over the years to keep alive the tradition of Papa Stour sword dancing,” he added.

“There has not been a time since 1922 when it has not been performed on Shetland but there are only a handful of displays each year and even on the islands only a few people get to see it.

“By taking part in the North Atlantic Fiddle Convention, we will be bringing it to a new audience drawn from across the world.

“We hope we can then build on the performance and encourage a wider audience to embrace the traditions and cultures the Papa Stour Sword Dance represents.”

The sword dance of Papa Stour is a representation of the ongoing battle between good and evil and includes words as well as dance. It is a linked sword dance comprised of seven different movements and culminating in the points of the swords being lifted together in a star to symbolise the victory of good over evil.

Ian Russell, NAFCo Festival Director, said: “NAFCo is one of the world’s most exciting traditional music and dance festivals and is a landmark cultural event for the City of Aberdeen and surrounding area.

“The Papa Stour Sword Dancers will bring a unique and fascinating dance form to the festival and we are delighted that audiences will have this rare opportunity to see them perform.

“The dance is very much about the unity of movement and I’m sure people will be delighted by the display.”

The Papa Stour Sword Dancers will perform on the evening of Friday July 16 at Haddo House near Methlick, and they will dance around the city centre at lunchtime on Saturday July 17. On Sunday at 2pm there will be an opportunity to meet the team at the Lemon Tree in a special ‘conversation’ event.

Tickets for all NAFCo events are available from Aberdeen Box Office by visiting http://www.boxofficeaberdeen.com/or by calling 01224 641122. For further information see www.abdn.ac.uk/nafco/or email nafco@abdn.ac.uk  or telephone 01224 272996.