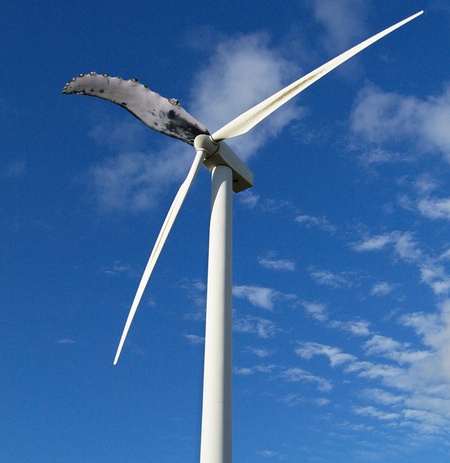 The ideas from nature have inspired hundreds of Scottish schoolchildren whose innovative poster designs will be unveiled at the University of Aberdeen today (Monday June 21).

The Nature’s Grand Designs competition, run by the University’s Natural History Centre, invited S1 and S2 pupils from across the country to submit a poster on the theme of Biomimetics – how ideas from nature are being used to develop sustainable technologies.

It attracted entries from 550 pupils from 20 secondary schools and the winners will be announced at a prize-giving ceremony in the Zoology Lecture Theatre today.  Around 150 of the posters created will also go on display in the Zoology Museum.

Inspiration for the artwork came from concepts such as the Shinkasen bullet train, inspired by the kingfisher’s beak, cat’s eyes and sharkskin swimwear.

Marie Fish, Education Officer at the Natural History Centre, said: “It is easy to forget that a lot of our brightest ideas and the technology arising from them have come from nature.

“The aim of the competition was to get pupils thinking about the wider aspects and importance of nature.

“The response has been amazing and the pupils have really thought about the concept, coming up with some really innovative ideas with wonderful presentation.

“The feedback we have had from teachers has also been great and they said pupils had really enjoyed the project and the way in which it linked so many subjects together.”

The competition was judged by Syd Burnett, former Head of Department at Grays School of Art, Dr Ekkehard Ullner, a systems biologist from the University of Aberdeen and Annie Kenyon, a local Architect who specialises in sustainable restoration, conversion and new architecture.

Top prizes of digital cameras will be awarded to pupils from Robert Gordon’s College, Northfield Academy and Lomond School (Helensburg) with additional runners-up drawn from Inverurie Academy, Culloden School and The Gordon Schools at Huntly. One of the cameras was donated by John Lewis and the other two were purchased by the Natural History Centre as part of the Scottish Public Engagement with Science grant which funded the competition.

Prizes will be awarded as follows: