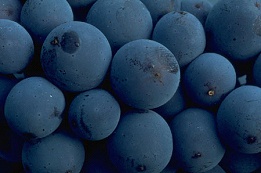 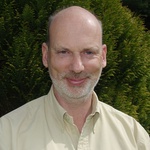 Scientists are investigating if the extract of a Scottish berry could treat one of the country's most serious health challenges – diabetes.

Experts are exploring if a concentrated capsule form of the blaeberry – a small, dark blue berry which is part of the blueberry family and can be found most abundantly in the north and west Highlands – could be used to combat the disease which affects over 220,000 people in Scotland*.

Overweight male volunteers are being sought for the study which will examine if taking a capsule form of the fruit, improves symptoms in patients with Type 2 diabetes.

Type 2 diabetes develops when the body either does not produce enough insulin – which helps glucose enter the body’s cells, where it is used for energy - or the insulin that is produced doesn’t work properly.

87.4% of diabetics in Scotland have the Type 2 form of the disease, which is closely associated with obesity.

Dr Nigel Hoggard from the University of Aberdeen Rowett Institute for Nutrition and Health, who is leading the study, said: “The exact link between Type 2 diabetes and obesity has never been pinpointed.

“We think the answer to their connection lies in fat tissue.  When fat increases, this is associated with a low grade inflammation, and the release of a number of hormones into the blood.

“It is these hormones, and how they act on the glucose in our body, which we believe causes Type 2 diabetes to occur.

“We know that blaeberries – which come from the same family as blueberries – are naturally very high in a chemical substance called polyphenols.

“We believe this substance could reduce the inflammation which occurs when fat increases.

“We’ll be asking volunteers to take a concentrated form of the berry as a capsule three times daily – equating to approximately 1 ½ cups of blaeberries -  to test whether this helps reduce inflammation associated with the increased fat tissue, and therefore improve their diabetic symptoms.”

Sixty overweight, male volunteers with Type 2 diabetes between the ages of 40 – 70 who live in Aberdeen city, shire or the surrounding area, are being sought for the 3 week study.

Volunteers must be controlling their diabetes through their diet, rather than insulin.

Dr Hoggard added: “Traditional folk remedies have cited the blaeberry as a natural resource to help combat diabetes for centuries.

“We hope our study will provide scientific evidence of the way in which potentially a local product could help in controlling one of Scotland’s most prevalent diseases.”

Those interested in volunteering for the study should contact Dr Hoggard on 01224 716655 or by email at N.Hoggard@abdn.ac.uk.

*Figures and statistics quoted are from the Scottish Diabetes Survey 2009