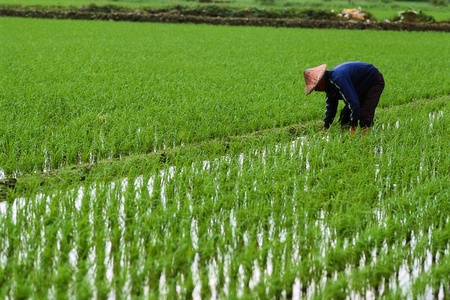 The internationally acclaimed scientist behind the creation of a rice which could help combat life-threatening diseases in developing countries, will speak in Aberdeen tomorrow (Thursday May 20).

Professor Peter Beyer from the Centre for Applied Biosciences at the University of Freiburg in Germany will outline his invention – Golden Rice – at an event hosted by the University of Aberdeen Rowett Institute of Nutrition and Health.

Developed by Professor Beyer and Professor Ingo Potrykus from the Swiss Federal Institute of Technology, Golden Rice is rice which has been genetically modified to produce a form of vitamin A.

According to figures from the World Health Organisation, vitamin A deficiency causes between 250,000 to 500,000 children to go blind every year.

Blindness and corneal afflictions are indicators of severe underlying heath problems and more than half the children who lose their sight die within a year of becoming blind.

Professor Beyer will outline the history behind the development of Golden Rice and its aim to provide children in rice-based societies – such as India, Vietnam and Bangladesh – with their recommended daily allowance of vitamin A.

Professor Morgan, Vice Principal and Director of the Rowett Institute, said: “It is a tragedy that micronutrient deficiencies, such as Vitamin A and iron still pose such major problems for human health in many parts of the developing world.

“Professor Beyer’s research together with his colleague Professor Ingo Potrykus and the development of Golden Rice shows how science can help us find elegant technological solutions to nutritional problems. We are keen to learn how biofortification of crops can be developed further for the benefit of human health.”

Professor Beyer’s talk is the latest Scottish Research Institute Science for Life lecture, which brings a high profile scientist to Scotland each year to speak on a key topical issue relating to science in society.

Professor Beyer’s talk – Golden Rice on a Mission – takes place at 2pm at the University of Aberdeen Suttie Centre for Teaching and Learning and Healthcare on the institution’s Foresterhill campus.

The event is open to University of Aberdeen staff and students and invited guests.