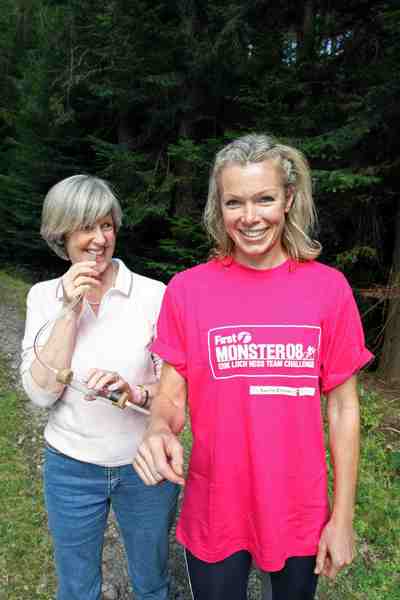 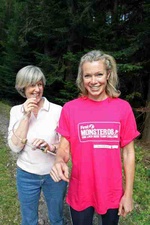 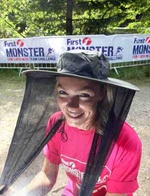 The Scottish biting midge demonstrates a preference for men that are tall and women that have a large BMI and children may inherit a tendency to be bitten from their parent(s) according to a questionnaire-based study published in BMC Public Health by researchers at Rothamsted Research (an institute of the BBSRC) and the University of Aberdeen.

The Scottish biting midge, Culicoides impunctatus, is responsible for more than 90% of biting attacks on human beings in Scotland. The painful reactions caused by bites can discourage tourists and severely disrupt outdoor industries including agriculture and forestry.

Despite the vast amount of anecdotal evidence surrounding why some people get bitten more than others by blood-feeding insects, few studies have investigated the demographic, lifestyle and health factors involved.

This new study funded by BBSRC, is the largest investigation of its kind for any biting insect. Much of the information that formed the basis of the report was collected at the First Monster Challenge - an annual duathlon event round the shores of Loch Ness.

It revealed that the Scottish biting midge has a preference for biting tall men and larger women. Dr James Logan from BBSRC, who conducted the research with Professor Jenny Mordue from the University of Aberdeen, said, “ The preference for taller people could be associated with midge behaviour and flight patterns, as midges are found at great numbers with increasing height, particularly between 1-4 metres.”

This biting midge also demonstrated a preference for women with a large BMI. “Larger people would provide a more substantial visual target for host-seeking midges as well as greater amounts of heat, moisture and attractant semiochemicals (behaviour modifying chemicals), such as carbon dioxide, which are the cues the insects use to locate a suitable blood meal,” said Dr Logan.

Speculation that eating strongly flavoured food such as garlic, onions or chilli makes you less attractive to biting insects was not supported by this study and there were no associations between biting attacks and other factors such as smoking, exercise, diet or reproductive stage. However, the study did suggest that the tendency for a child to be bitten or not could be inherited from their parent.

Dr Logan said, “the reason some people are bitten less by mosquitoes and midges is due to the production of repellent chemicals in their body odour. It is possible that the biosynthesis or release of these natural repellents is under genetic control and could be inherited.” The researchers are now using molecular techniques to further investigate the genetic control of attractiveness to biting insects.

The approaches used in this study could also provide new avenues for investigating human-insect interactions for other insects, particularly those which transmit pathogens that cause diseases.

This study is published in the current issue of BMC Public Health (please see http://www.biomedcentral.com/1471-2458/10/275/abstract) as “To bite or not to bite! A questionnaire-based survey assessing why some people are bitten more than others by midges” by James G Logan, James I Cook, Nina M Stanczyk, Emma NI Weeks, Sue J Welham and A Jennifer Mordue (Luntz). The study was supported by the UK Biotechnology and Biological Sciences Research Council (BBSRC).

Rothamsted Research is based in Hertfordshire and is one of the largest agricultural research institutes in the country. The mission of Rothamsted Research is to be recognised internationally as a primary source of first-class scientific research and new knowledge that addresses stakeholder requirements for innovative policies, products and practices to enhance the economic, environmental and societal value of agricultural land. The Applied Crop Science department is based at Broom's Barn, Higham, Bury St. Edmunds. North Wyke Research is located near Okehampton in Devon. Rothamsted Research is an institute of the Biotechnology and Biological Sciences Research Council.

The Biotechnology and Biological Sciences Research Council (BBSRC) is the UK funding agency for research in the life sciences. Sponsored by Government, BBSRC annually invests around £470M in a wide range of research that makes a significant contribution to the quality of life for UK citizens and supports a number of important industrial stakeholders including the agriculture, food, chemical, healthcare and pharmaceutical sectors. BBSRC carries out its mission by funding internationally competitive research, providing training in the biosciences, fostering opportunities for knowledge transfer and innovation and promoting interaction with the public and other stakeholders on issues of scientific interest in universities, centres and institutes.

The University of Aberdeen is a centre of excellence for life sciences. Translational research is a particular strength for the University because its health campus is based on one of the largest teaching hospital sites in Europe. Lately the University has made major strategic investments to consolidate its position as one of the world's key centres for R&D in life sciences and medical research. One of the UK's most progressive fundraising higher education institutions, Aberdeen has recently recruited more than 70 senior academic leaders from institutions all over the world.