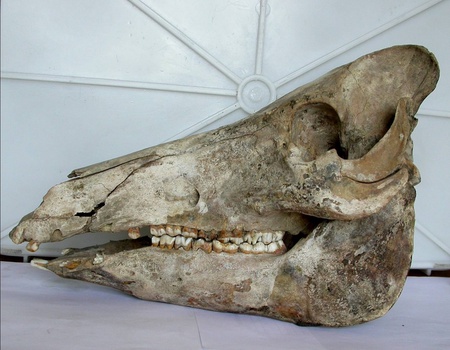 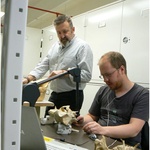 The remains of 3,000 year old pigs, dogs and chickens are being used to reveal clues about early human colonisation in some of the remotest parts of the planet.

Scientists from the Universities of Aberdeen and Durham have been awarded £806K by the Natural Environment Research Council (NERC) to further understand the origins of the first Pacific colonists and the amazing journey they would have taken.

Using cutting edge techniques they will examine the DNA and shape of the bones and teeth of ancient and living animals known to have travelled with the first colonists, in order to reconstruct their original migration route.

Their aim is to test the various contradictory theories that claim people who first colonised the Pacific came from either the Chinese mainland, Taiwan or Island South East Asia and travelled through the Philippines, before heading into the islands of the Pacific.

Preliminary data the team have already collected seems to contradict most of these established models of human migration.

Instead their studies suggest early colonists – or certainly the domestic pigs they transported – originated somewhere in Vietnam or South West China, and took a migration route through the southern Indonesian Island chain.

Professor Keith Dobney, Sixth Century Chair of Human Palaeoecology at the University of Aberdeen and leader of the research group said: “The invention of farming appears to have triggered a rapid spread of a new way of life across the globe.

“The first colonisers of one of the largest oceans on the planet were not only adventurers but also farmers who carried with them this new farming package, comprising of domesticated plants and animals.

“Our research to date has focused on using pigs as indicators of human movement, using DNA and teeth samples from ancient and more recent pigs – drawn from archaeological and museum specimens – and DNA samples from living pigs where their ancestry can be traced.

“By matching genetic and morphological signatures from these samples we will be able to pinpoint exactly their place and date of origin, and trace their journey into the remote Pacific through time and space.

“Through these techniques we can also explore the true scale and extent of trade and exchange networks that we think were later established over huge distances between the remote islands of the Pacific, but which fragmented and disappeared over time.

“This new funding is allowing us to conduct fresh investigations to test our theory, and search for much more evidence from other elements of what we would call the domestic farming package – which includes sampling from ancient, recent and living chickens and dogs which were also transported by humans.

“Our studies are providing a major insight into the human past and how humanity colonised the globe - in particular by highlighting the origins and spread of farming and its still ongoing impact on the natural, fragile and pristine environments as well as on the diverse human cultures involved.”

The three year research project will begin in September.

The team of eight academics from the Universities of Aberdeen and Durham will work with 10 international colleagues from as far afield as China and Easter Island on the study.