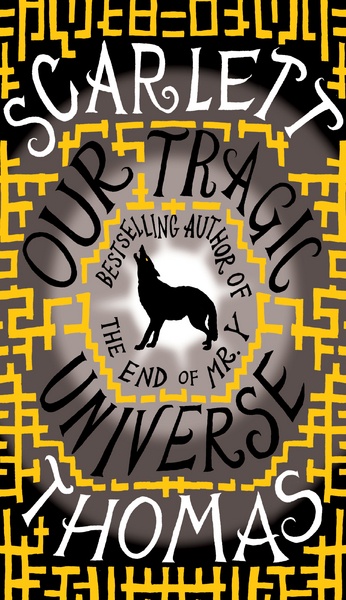 Visitors to the Word – the University of Aberdeen Writers Festival – will be among the first to get their hands on the latest book by one of the UK’s brightest young authors.

Scarlett Thomas, who penned the international bestseller The End of Mr. Y, will release her latest work Our Tragic Universe, on May 20.

She will appear at Word on Saturday May 15 where she will read from her new book and festival-goers will have a chance to get their hands on a copy of the sought-after publication before its official release.

Thomas,is the author of the novels Bright Young Things, Going Out, PopCo, and The End of Mr. Y, which brought her international acclaim.

Her work has been translated into more than 20 languages and she has had work longlisted for the Orange Prize, and shortlisted for the South African Boeke Prize.

In 2001 she was included in the Independent on Sunday's list of the UK's 20 best young writers, and in 2002 she won an Elle Style Award for the novel Going Out.

Thomas has also written short fiction and articles for various anthologies and publications, including Nature Magazine, the Guardian and the Independent on Sunday and had stories broadcast on BBC Radio 4.

She currently teaches Creative Writing at the University of Kent is currently working on her ninth novel, The Seed Collectors.

“Scarlett Thomas is one of the brightest talents of the literary world and we are delighted to be able to welcome her to Word for the first time.

“The End of My Y was hugely successful and I’m very much looking forward to seeing her new work Our Tragic Universe.

“Her books are based on big ideas and are cleverly constructed so her event promises to be a real eye opener.

“I would urge anyone with an interest in writing and literature to take advantage of this fantastic opportunity to hear about her latest project and to get their hands on a copy of her new book ahead of general release.”

Scarlett Thomas will appear at the King’s College Centre, University of Aberdeen at 5pm on Saturday May 15.