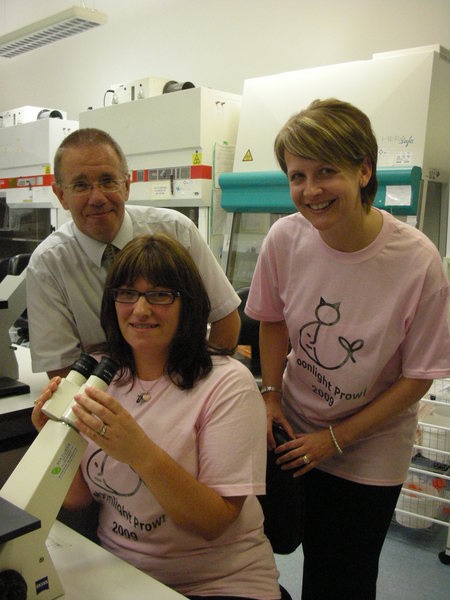 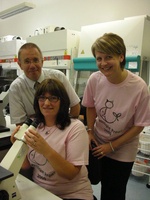 A new study is about to get underway which will explore potential links between vitamin D – the ‘sunshine’ vitamin – breast cancer and sunshine levels in the North East of Scotland.

Around 2,000 women attending Aberdeen’s breast cancer centre will be recruited onto the research which is among six University of Aberdeen studies being funded by the Moonlight Prowl – a breast cancer fundraising walk now in its fifth year that takes place in Fraserburgh.

We need vitamin D to keep our bones healthy and our bodies produce it when we are exposed to ultraviolet rays from the sun.

But some studies have suggested possible links between vitamin D deficiencies and a number of different cancers.

A University of Aberdeen study has also shown that women living in Aberdeen have a higher rate of vitamin D deficiency than women living in Surrey where UV exposure is greater, especially in the summer months.

“However this particular study will focus on breast cancer and by examining blood samples and lifestyle questionnaires we will try to unravel the complexities in the relationship between vitamin D and the disease.

“This new study, which we are launching shortly, is only possible thanks to organisers and walkers on the Moonlight Prowl which is funding a range of important breast cancer studies and equipment for research in the North of Scotland, focused here in Aberdeen.

“This is a unique and absolutely fantastic contribution that the Moonlight Prowl, its organisers, the people of Fraserburgh, and the North of Scotland, have made to cancer research, and with important results already.”

Margaret-Jane Cardno, Event Secretary of the Prowl, added: “We are absolutely delighted that the money raised by the Moonlight Prowl is helping to fund a project that is so pertinent to the North-east of Scotland.

“All funds raised by walkers remain in the Aberdeen area and so far the Prowl has raised £345,000 which is supporting six different breast cancer research projects at the University of Aberdeen.

“But we want to raise even more money for local breast cancer research and to do that we need more women to join us on our next Moonlight Prowl which takes place on June 5 in Fraserburgh. Registration closes at the end of this month and we want as many women as possible to get involved.”

For more information about the Moonlight Prowl and to register see: http://www.moonlightprowl.co.uk/