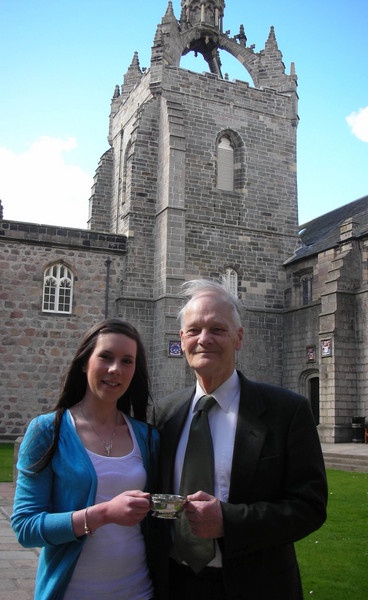 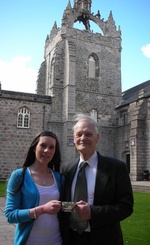 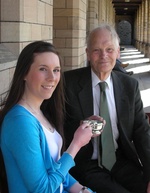 Alison Gormley, originally from Lochgelly, triumphed in the 2010 Ogston Music Prize. The competition, which is open to students from throughout the University of Aberdeen, was contested at Aberdeen’s Cowdray Hall on Friday night.

It saw six talented musicians go head-to-head for the Prize, which recognises outstanding musical performance and comes with a £1000 cash prize.

The esteemed award – now in its third year - was created by Professor Ogston CBE LLD FRSE, a former Senior Vice-Principal of the University of Aberdeen.

The 21-year-old is originally from Lochgelly in Fife but now lives in Aberdeen.

Dr Paul Mealor, Senior Lecturer in Music and the University of Aberdeen said: “The Ogston Prize is a real opportunity for musically gifted students to compete at the highest level.

“We had six fantastic finalists and it was a hotly contested competition, but Alison was a worthy winner and produced an exceptional performance.

“We are indebted to Professor Ogston for setting up this prestigious prize.”

Alison said she was delighted to be awarded the 2010 Ogston Prize.

“It really means a lot to be recognised in this way and I am extremely grateful to Professor Ogston for establishing the award.

“I intend to put the money to good use as I will need to buy a lot of sheet music this year and a new concert dress.”