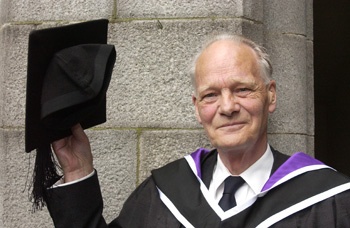 Six Aberdeen students will battle for supremacy as they compete for a highly prestigious music award.

Talented musicians studying at the University of Aberdeen will contend for the Ogston Music Prize at an event held this evening (Friday April 23) in the city’s Cowdray Hall.

The esteemed award – now in its third year - was created by Professor Derek Ogston CBE LLD FRSE, a former Senior Vice-Principal of the University of Aberdeen.

Open to students from throughout the institution, the prize recognises outstanding musical performance – with the winning competitor taking home a £1000 cash prize.

Showcasing the array of exceptional musical talent from the Aberdeen area, the finalists taking part in the competition are:

The event, which is open to the public, will also feature a flute recital by Kay Ritchie, the winner of last year’s Ogston Music Prize.

Dr Paul Mealor, Senior Lecturer in Music and the University of Aberdeen says: “The Ogston Prize is a real opportunity for musically gifted students to compete at the highest level.  We have six fantastic finalists and anticipate that this year will be a hotly contested competition, with an array of exceptional performances.  We are indebted to Professor Ogston for setting up this prestigious prize.”

Tickets for the event are available from the Aberdeen Box Office on http://www.boxofficeaberdeen.com/ , 01224 641122, or on the door.