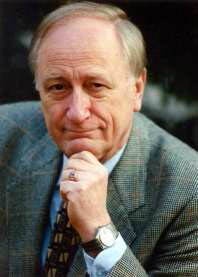 One of Germany’s leading historians will address an audience in Aberdeen as part of events to mark the 20th year since the fall of the Berlin Wall.

Professor Heinrich August Winkler, who gained international acclaim with his book ‘Der lange Weg nach Westen’ (The Long Road West)will give a lecture at the University of Aberdeen on Monday (April 26).

He will present Still a Community of Values? Historical Reflections on the Normative Basis of the West, in Room 028 of the MacRobert Building, King’s College, at 10.30am.

In the lecture he will challenge the idea that Europe has ever constituted a community of values and will discuss the historical and public policy implications of this much debated thesis.

The event, sponsored by the Consulate General of the Federal Republic of Germany in Edinburgh and Lufthansa, will also incorporate a poster exhibition commemorating the fall of the Berlin Wall.

Professor Winkler, who taught at the Humboldt University in Berlin until retiring in 2007, has been a visiting scholar in Princeton, at the Wilson Center in Washington, at the Institute for Advanced Studies in Berlin, and at the Historisches Kolleg in Munich.

The Long RoadWest is a history of modern Germany, a nation and its people, through two turbulent centuries and Professor Winkler analyses the decisions that shaped the country's triumphs and catastrophes.

Anyone wishing to attend the free lecture should register by emailing Will Gibb at the College Office w.gibb@abdn.ac.ukor phone 01224 272084.