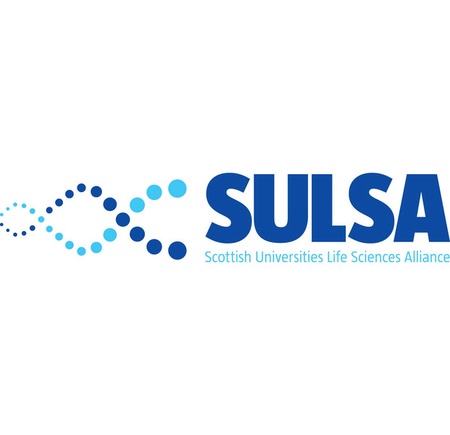 Scottish Universities Life Sciences Alliance (SULSA) and the University of Aberdeen are to benefit from the launch of a £8.1m programme to be announced today (Tuesday April 20) by the Cabinet Secretary for Education and Lifelong Learning Michael Russell.

The Scottish Further and Higher Education Funding Council (SFC) programme (SPIRIT) will involve universities and businesses working together in a series of innovative knowledge exchange projects aimed at key sectors of the Scottish economy.

The University of Aberdeen has been awarded a grant of £1.26million from the Horizon Fund to lead the Bioindustry Skills, Knowledge and People Exchange (BioSKAPE) project on behalf of SULSA.

The project is one of 10 to receive funding.

Scotlandhas been identified as one of the top five emerging locations in the world for life sciences, with the industry worth £3 billion a year to the Scottish economy and employs an estimated 32,500 staff.

However, companies have highlighted problems in recruiting graduates with the practical knowledge necessary to work in what is a highly regulated industry.

BioSKAPE, which has been developed by SULSA with the support of Bioindustry Association Scotland,and the Life Sciences Advisory Board (LiSAB), will facilitate a number of new initiatives.

It will see the introduction of an industry-partnered PhD programme that will address skills needs and promote industry-academia collaboration, a pilot academia-industry people-exchange programme, and a new series of industry-academia masterclasses and technology showcases.

The SFC will also support a 12-month industry placement scheme for undergraduate students at the University of Aberdeen and the SULSA partners through a £380,000 award announced last month.

Michael Russell, Cabinet Secretary for Education and Lifelong Learning, said:  “The considerable economic benefits of the impressive projects that will benefit from this funding are beyond doubt. Students benefit from industry expertise and knowledge, informing their research and development, while industry staff will be able to develop their skills no matter what stage their career is at.

“Our universities have an important role to play in helping us emerge strongly from the current economic downturn. As well as ensuring our people have the skills they need as individuals and to grow our economy, they are also businesses in their own right, generating around £2 billion a year. They support research and development in the business community and attract young people to live and work in Scotland.”

“Knowledge and people exchange is a powerful mechanism to advance collaborative projects and bridge the cultural barriers between industry and academia.  Our initial call for projects for the PhD programme has had overwhelming support from industry.”

Dr Jennifer Bell, Executive Director of SULSA, said “The six SULSA universities are delighted to have this opportunity to work with industry to create new partnerships and new training opportunities for life scientists in industry and academia.“

The University is also involved in three other projects included in today’s funding announcement:

·         INSPIRE led by the University of Dundee on behalf of SUPA

·         Translational imaging led by the University of Edinburgh on behalf of SINAPSE (£1.12 million);

·         The Scottish Energy Research Academy led by the University of Strathclyde (£1.2 million)

Professor Dominic Houlihan, Vice Principal for Research and Commercialisation at the University of Aberdeen said: “The University of Aberdeen is delighted to lead the BioSKAPE project on behalf of SULSA, and to be involved in the INSPIRE, Translational imaging and Scottish Energy Research Academy projects – all of which create strong opportunities for PhD level students to partner between industry and academia.”

Schemes to benefit from the SFC funding:

BioSKAPE led by the University of Aberdeen on behalf of SULSA (£1.26 million),

INSPIRE led by the University of Dundee (£1 million),

Translational imaging led by the University of Edinburgh (£1.12 million);

Moving targets: new models for new media audiences in the creative media industries, led by the University of Abertay (£1.1 million);

Scottish Universities Life Sciences Alliance (SULSA) was established in 2007 as a research pooling partnership between the Universities of Aberdeen, Dundee, Edinburgh, Glasgow, St Andrews and Strathclyde that is supported by the Scottish Funding Council.