Students flock to recruitment fair
06 May 2010 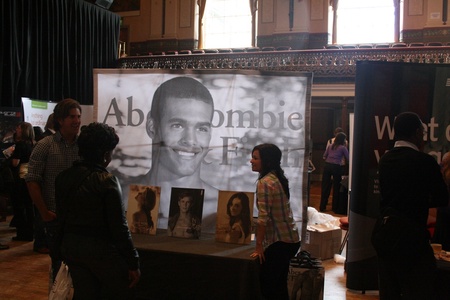 Over 700 students and graduates from across the north-east flocked to Aberdeen last week to meet with local, national and international employers.

The North of Scotland Graduate Recruitment Fair took place at the Music Hall on Wednesday April 28.

Jointly organised by the University of Aberdeen and Robert Gordon University, the fair provided final and penultimate year students with the opportunity to gain information which will help them toward their future career path.

Thirty employers from across a wide range of sectors attended the annual event - which is now in its fourth year - including Shell, KCA Deutag, Coca Cola, Ernst & Young, Abercrombie & Fitch and Raleigh.