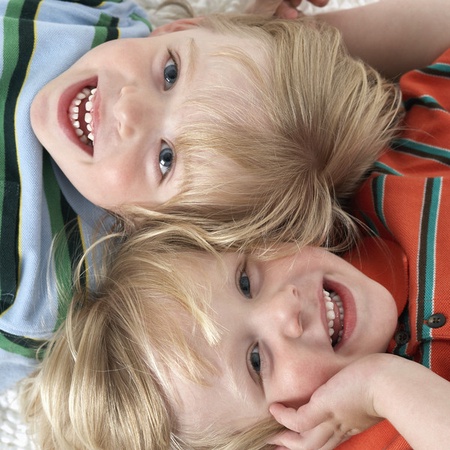 They can be identical, radically different, and it has been suggested can even feel each other’s pain.

Twins have long been a source of intrigue for scientists and the general public alike.

Now a special event at the University of Aberdeen will present an alternative view of twins as the Centre for Medical Humanities welcomes artist and filmmaker Jordan Baseman.

Baseman spent time with the Twin Research team at King’s College London and produced an artistic interpretation of their work in three short films.

Nature’s Great Experimentis an alternative look at the phenomenon of twins and takes its title from a shorthand phrase used by scientists to describe the enormous value of twins for research into the inheritance of health and behaviour.

Baseman received a Bachelor of Fine Arts from Tyler School of Art, Philadelphia, Pennsylvania and an MA from Goldsmiths College, University of London.

He has a history of carrying out projects in collaboration with various public institutions and makes semi-documentary, narrative films.

He received sponsorship from the Wellcome Trust to make the film, which includes case studies, drawings, audio field-recordings, archive footage and recorded interviews with mothers and researchers.

Nature’s Great Experimentwill be screened at a free public event on Thursday April 22 and Baseman will then take part in a discussion and answer questions from the audience.

“Nature’s Great Experiment consists of thee short films lasting a total of 45 minutes and we expect some of the content will promote lively discussion with the panel and audience – who may not agree with all of the views presented.

“This event should appeal to anyone interested in nature/nurture, psychology, genetics, parenting, infancy, childhood as well as to twins, parents, siblings and relatives of twins and we look forward to a interesting night of debate.”

Nature’s Great Experiment: A Screening and Discussionwill take place at 6.30pm on Thursday April 22 in the auditorium of the Suttie Centre for Teaching and Learning in Healthcare, School of Medicine, Foresterhill.

To book a place visit www.abdn.ac.uk/medical-humanities/events/registration. Entry will also be permitted on the night.