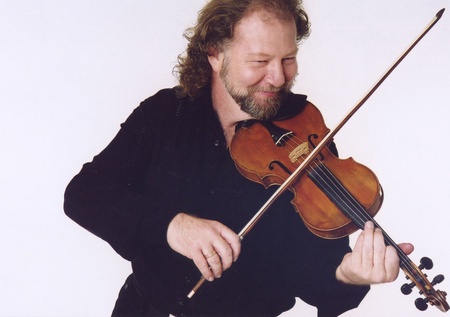 Tickets are now on sale for the UK’s biggest fiddle and dance festival which will see some of the world’s finest traditional musicians gather in the north-east.

The North Atlantic Fiddle Convention, organised by the University of Aberdeen’s Elphinstone Institute in partnership with Scottish Culture and Traditions, will take place from July 14 to 18.

It is returning to the Granite City after four years and the full line up has now been announced.

The 2010 NAFCo will be headlined by award-winning duo Alasdair Fraser and Natalie Haas. Alasdair Fraser is one of the world’s leading fiddle players and works tirelessly in the promotion of Scottish music.

His partnership with cellist Natalie Haas has resulted in two successful albums, Fire and Grace which won Scots Trad Album of the Year for 2004 and In the Moment, and they have won critical acclaim across the globe.

Also topping the bill will be American fiddler, banjo player, guitarist, and singer Bruce Molsky whose musical influences range from the old-time music of the Appalachian region to Delta blues; from the haunting modal strains of Irish music to the rhythmically nimble music of Eastern Europe.

NAFCo will consist of a five-day festival featuring concerts, ceilidhs, solo recitals, workshops, demonstrations, free performances, ‘market-place’ events, sessions in pubs and at the Festival and Family Club at the Lemon Tree.

A parallel academic conference will be held at King’s College, University of Aberdeen, based on the theme ‘Local Roots, Global Routes’.

From closer to home, Tarland’s Paul Anderson will feature as will stalwarts of the Shetland music scene Bryan Gear and Violet Tulloch.

For 2010 NAFCo will reach outwith Aberdeen city with concerts and workshops at Banchory, Haddo, and Huntly, plus a village ceilidh at Garlogie.

Ian Russell, NAFCo Festival Director, said: “NAFCo is one of the world’s most exciting traditional music and dance festivals and is a landmark cultural event for the City of Aberdeen and surrounding area.

“This year’s programme offers something for everyone who enjoys the sound of the fiddle, whether audience or player, young or old.

“It will be an unrivalled opportunity to experience the best in live traditional fiddle music and dance.”

Tickets for all NAFCo events are available from Aberdeen Box Office by visiting http://www.boxofficeaberdeen.com/ or by calling 01224 641122. For further information see www.abdn.ac.uk/nafco/ or email nafco@abdn.ac.uk  or telephone 01224 272996.