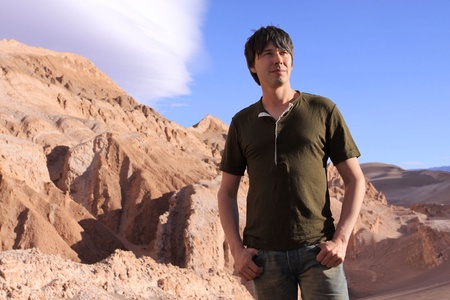 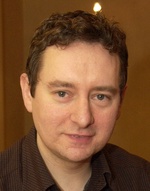 Sparks are set to fly next week when TV presenter and physicist, Professor Brian Cox teams up with the University of Aberdeen.

The hidden world of particles and forces will be explored in a workshop hosted by the scientist – who fronts BBC 2’s Wonders of the Solar System – and Dr Ken Skeldon from the University’s Public Engagement with Science Unit.

The gigantic particle accelerator launched by CERN - the European Organization for Nuclear Research - to recreate conditions just after the Big Bang will be just one of the topics discussed in the event, which takes place on Monday (April 12) as part of the Edinburgh International Science Festival.

Scientist and broadcaster, Jim Al-Khalili and particle physicist Dr Tara Shears from the University of Liverpool will also take part in the Hi Energy! event, which will take the audience on a journey from the moment the universe was created, to the present day.

Dr Skeldon said: “The workshop will focus on the hidden world of strange particles and forces that make up all we can see.

“We’ll be giving the audience an insight into how CERN’s Large Hadron Collider (LHC) is helping build new understandings in the area of particle physics.

“Huge sparks, daring demonstrations and high energy experiments are also promised in the event which is supported by the University of Aberdeen.”

Hi Energy! takes place at the Jam House in Edinburgh at 3.30pm on Monday (April 12).

Tickets cost £5 for adults and £3 for concessions and can be booked by visiting http://www.sciencefestival.co.uk/Events/Big-Ideas/Hi-Energy .

The Edinburgh International Science Festival presents over 200 events in 35 venues across the city from 3rd to 17th April 2010.  With exhibitions, workshops, activities, experiments, performances and movies, there is something for everyone from toddler to teenager, 8 year old to octogenarian.  Highlights for 2010 include Spirit of the Wild, an exhibition of 60 stunning giant wildlife images in St Andrew Square, the BBC’s Bang Goes the Theory Roadshow and appearances from Brian Cox, Richard Dawkins, Richard Wiseman and Sir Alec Jeffreys in the Big Ideas strand of debate and discussion.  For full details of the programme, and to book tickets, visit www.sciencefestival.co.uk or call 0131 553 0322.