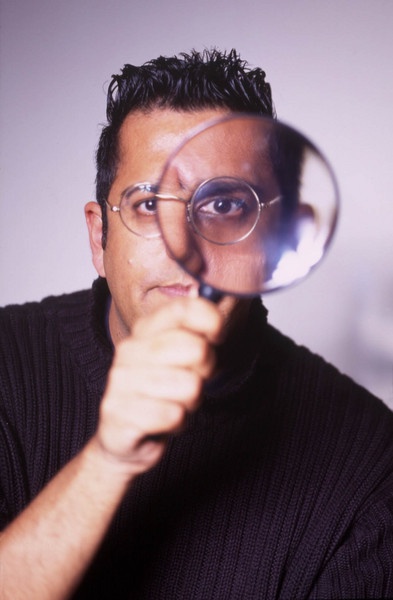 Science writer Simon Singh will speak before an audience about his landmark libel appeal for the first time in Scotland at the Word Festival.

Singh is one of the highlights of a strong science strand at this year’s Word – the University of Aberdeen Writers festival, which will take place from May 14-16.

On Thursday, April 1, thejudgement in his libel case with the British Chiropractic Association was handed down at the Royal Courts of Justice.

The judgment stated that the appeal must be allowed, which puts Singh in a much stronger position when his case goes to trial.

In April 2008 Singh published an article in the Guardian about the effectiveness of chiropractic, particularly in relation to children’s conditions such as asthma, colic and ear infections.

His aim was to trigger a public debate about chiropractic but the article resulted in the British Chiropractic Association suing Singh personally for libel.

For the last two years, he has been fighting to defend his article and for reform of the libel laws, with the support of the charitable trust Sense About Science, to allow healthy and open debate.

Singh has already spent over £100,000 of his own money, which he will never fully recover, and the case could cost up to £1 million.

He said: “It is ridiculous that it has cost me £100,000 and the British Chiropractic Association a similar amount of money to establish the meaning of a handful of words. I am delighted that my meaning has been vindicated by three of the most powerful judges in the country, and I relish the opportunity to defend this meaning in court.

“However, I am still angry that libel is so horrendously expensive. That is just one of the reasons why the battle for libel reform must continue.”

Singh will appear at the Word Festival on Friday May 14 where he will discuss alternative medicine, his own libel case and the need for libel reform, as well as his bestselling books about mathematics, cosmology and cryptography.

For 2010 the Festival boasts its strongest science line-up ever, building on the success of the popular Café Scientifique series, which has seen audiences flock to venues in Aberdeen city and shire to hear leading scientists talk about their work, ranging from quantum physics to marine biodiversity.

Word will also see Jeff Forshaw, co-author of the ground breaking book E=mc2 tackle the meaning of one of science’s most famous equations, author and film-maker Simon King discuss his work, including his Shetland Diaries, and leading academics consider whether the ideal female body is achievable through diet and exercise.

Dr Ken Skeldon, from the the University of Aberdeen’s Public Engagement with Science Unit, said: “This year’s Word Festival has the strongest and most diverse science line-up we’ve ever had.

“The success of Café Scientifique and other public events has proved there is a real appetite for science among the public and we are delighted to be able to welcome Simon Singh to Aberdeen.

“I am sure his event will be a huge success and would urge anyone interested in hearing what he has to say, not only about his work but about the recent developments in his libel case, to book quickly to avoid disappointment.”

Simon Singh will appear at the Arts Lecture Theatre, King’s College, University of Aberdeen, at 4pm on Friday May 14. Tickets are £5 or £3 concessions.

This, and all other Word events, can be booked online through www.abdn.ac.uk/word or by calling Aberdeen Box Office on 01224 641122.