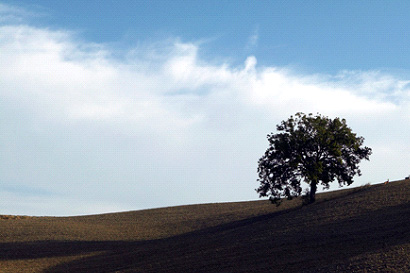 They also provide 70% of Britain’s drinking water and play a key role in supporting some of the world’s rarest and most important animal and plant species.

Now Aberdeen scientists are leading investigations into protecting this crucial natural resource from the threat of climate change.

Healthy peat absorbs and stores carbon, but when it degrades carbon dioxide is released – effectively reversing its positive impact on the climate.

This situation is occurring across the UK where peatlands are drying out as a consequence of past damage which is being made worse by warmer weather and lack of summer rain due to climate change.

Academics from the University of Aberdeen are amongst those tasked with producing guidance for policymakers on how peat bogs can be restored and preserved.

Commissioned by the International Union for the Conservation of Nature UK Peatland Programme and the Rural Economy and Land Use Programme (RELU) – the institution is working with nine other UK universities and research institutes on the project, which aims to develop recommendations for the future safeguarding of peatlands.

These recommendations are likely to include advice that those who farm on peatlands are proportionately compensated for the amount of work they undertake to preserve this natural resource.

Currently farmers are compensated according to the area of peatland they own, irrespective of the level of conservation activity they undertake.

Dr Mark Reed from the University of Aberdeen’s School of Geosciences said: “Our project aims to pull together the widespread research being conducted on peat bog conservation, and produce robust guidelines for policymakers on how it could be managed to secure the long term future of peatlands.

“The measures we suggest are likely to include a rethink on how landowners and managers are compensated for their work in maintaining peat bogs.

“Currently compensation is allocated according to the area of peatland which is owned.  But our suggestion would be that instead they are rewarded based on the value and level of their work in preserving and restoring this precious natural resource. Essentially those who do more would be compensated more.

“This would not require more funding but rather a redistribution of funding already in place to support peat bog conservation.

“This idea is an example of just one of the methods we hope to put forward in the project which aims to build a consensus between science, policy and practice and foster joint action for conservation and restoration of the UK’s peatlands.”

Dr Reed is working with colleagues from the universities of Aberystwyth, Birmingham City, Leeds, Newcastle and St Andrews, Perth College UHI, part of the prospective University of the Highlands and Islands, Macaulay Land Use Research Institute, and the Heather Trust.