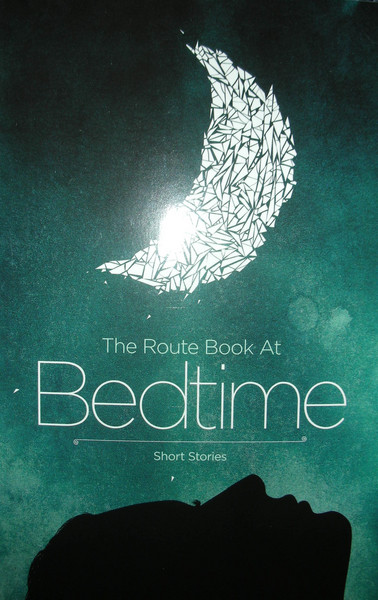 The work of a University of Aberdeen academic has been chosen from hundreds of submissions for a new collection of short stories.

Dr Wayne Price’s work The Golfers will be included in The Route Book at Bedtime – a collection of 12 contemporary stories which will be published on April 5.

It is the second time he has featured in a Route series and Dr Price said he was delighted to have been selected for the collection, which showcases the work of new British writers.

“The short story is having a hard time at the moment and many publishers are neglecting it in favour of novels.

“It is fantastic that the Route Collection is actively promoting the short story and I am delighted that my work was selected for inclusion.”

Dr Price, who teaches literature and creative writing at the University of Aberdeen, has already been a prize winner in a number of international short story and poetry competitions including the Bridport, Poetry on the Lake, the Fish Publishing Prize and the Edwin Morgan International Poetry Competition. He has also published his work in anthologies and literary journals in the UK, Ireland and America.

Originally from the small village of Ynysybwl, in South Wales, he found the long journey between his home town and Aberdeen, where he now lives, provided the inspiration for The Golfers.

“Like most of my stories, The Golfers began life as a simple image in my head -  in this case a vaguely menacing scene of three or four ‘rough’ young lads, bored and quarrelsome, standing on a small, neat putting green, gripping their putters like bludgeons.

“I remember it coming to me after noticing a group of lads on a golf tee during a long drive south from the north of Scotland.

“I liked the contrast between the manicured, ‘safe’ setting, and the unpredictable frustrations of the lads – awkward in that more formal environment.

“I hope I managed to stay true to the blend of half-comic menace, frustration and underlying need for release that the initial inspiration presented me with.”

The Route Book at Bedtime is published on April 5. For more information visit http://www.route-online.com/