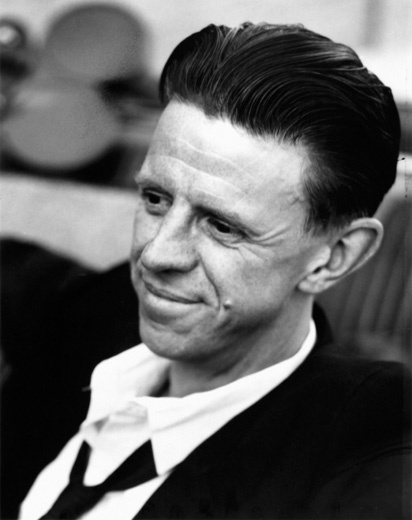 Alex Cox, director of the 1980s cult classic Repo Man, will take the Director’s Cut chair for the latest event in the popular University of Aberdeen series.

Cox, whose latest film, Repo Chick (2009), premiered at the Venice Film Festival and will be released this year, will be in the Granite City this evening (Monday March 29) for the in-conversation style event.

He will be interviewed in front of film fans by BBC Movie Café presenter Janice Forsyth at the King’s College Conference Centre, University of Aberdeen.

Director of 12 feature films and actor in more than 20 films, Liverpool-born Cox first studied law at Oxford until he was drawn into theatre through his participation in the University's drama department.

He then switched to a film studies program at University of Bristol, received a Fulbright scholarship and travelled to the United States to attend the UCLA film school.

While building his career, Cox took a job repossessing automobiles. Drawing from the experience, Cox made his breakthrough feature-film Repo Man (1984), which served as one of the first starring assignments of Emilio Estevez.

Despite poor reviews on its initial release, this darkly satirical swipe at American urban low life mutated into one of the greatest cult movies of the 1980s.

Repo Man's musical score was drenched in punk-rock, a symbolic form of violent rebellion explored further in Cox's Sid and Nancy (1986), a chronicle of the life and death of ‘punk’ musician Sid Vicious and groupie Nancy Spungen.

He went on to direct the western spoof Straight to Hell (1987), the biting postmodern political satire on American military intervention in Latin America, Walker (1987), and the Spanish-language black comedy Highway Patrolman (1991).

Cox is the author of a number of screenplays, and he has also written on film for Sight and Sound, The Guardian, The Independent, and Film Comment.

From 1988 to 1994, he presented Moviedrome on BBC Two, providing introductions to series of alternative or obscure films. As a film expert, Cox also lent his talent to numerous film documentaries, and provided introductions for ITV4's Spaghetti Western series.

He is the author of the authoritative text, 1,000 Ways to Die: a director’s take on the Spaghetti Western (2009), and X-Films: true confessions of a radical filmmaker (2008).

Cox is the latest addition to the Director’s Cut cast, which since it began in 2007 has seen some of the biggest names in international film and broadcasting share their experiences with audiences in the Granite City.

Dr Alan Marcus, Head of Film and Visual Culture at the University of Aberdeen, said:  “Alex Cox is one of the most provocative and intelligent radical filmmakers working in independent cinema today.

“His work really challenges the viewer to do more than sit passively, and his insightful writings on the filmmaking process make him an ideal speaker for our series.