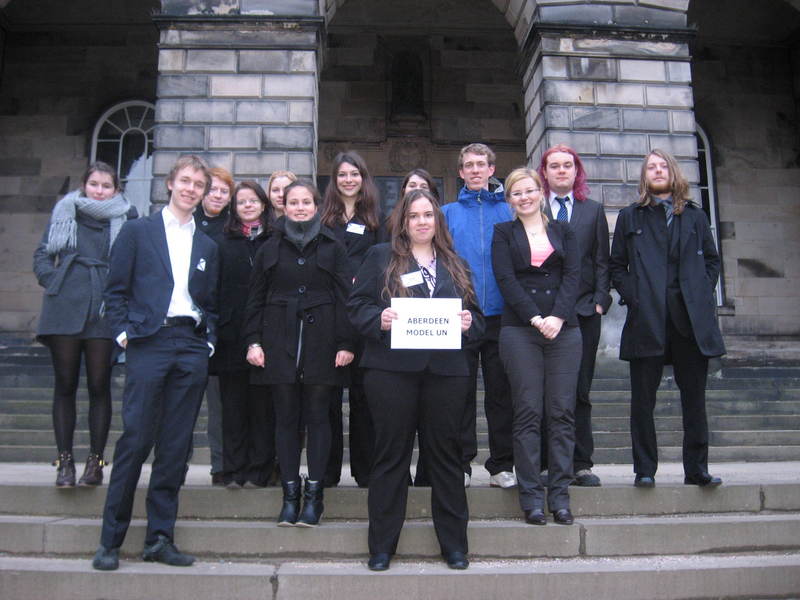 MUN is a simulation of the United Nations General Assembly and other multilateral bodies in which students take on the roles of UN delegates.

This year’s event was hosted by the universities of Edinburgh and St Andrews and was attended by both Scottish and international delegates.

It was the first time the University of Aberdeen has been represented with an official delegation.

The team brought home a host of awards, including the ScotMUN Award – given to the best delegate in the entire conference.

The accolade was won by Simon Gordon, a second year International Relations and Anthropology student. He was deemed to have demonstrated an outstanding knowledge of the topic, a passion for debate and excellent diplomatic skills.

Cristina Pecheanu, MUN President, UNYSA Aberdeen, said: “We were delighted to perform so well at the Scottish MUN conference – especially as the initiative only began here at Aberdeen in October 2009.

“The success has put Aberdeen on the MUN map and we hope that it will inspire others to join and we can continue to grow and improve.”