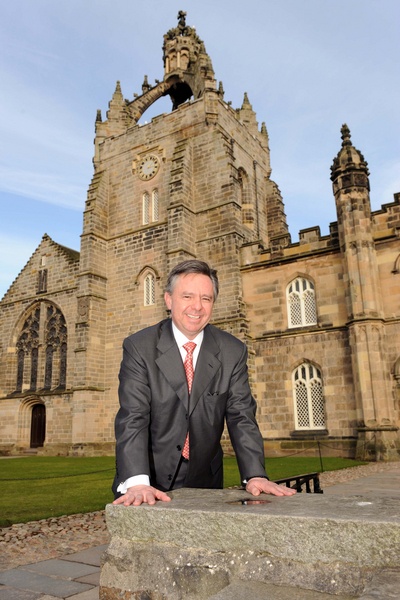 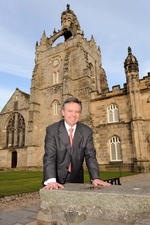 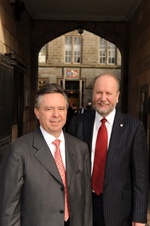 The Mexican Ambassador to the UK visited the University of Aberdeen today (Wednesday March 17) to learn more about the strong links between the institution and Mexico.

His Excellency Eduardo Medina Mora – who took up his post as Ambassador in December – heard of the academic and industrial partnerships forged between the University and key Mexican organisations, specifically within the oil and gas industry.

He also spoke of bilateral UK-Mexico relations at a special event at the institution.

Partnerships between the University and Mexico include five Memorandums of Understanding (MOUs) signed with academic institutions in Mexico, and growing links with leading Mexican oil organisation Pemex.

Eight members of staff have been seconded from Pemex to the University to complete postgraduate studies in engineering and petroleum geology.

Pemex has also announced it will become an industry member of the National Subsea Research Institute (NSRI) – established by Subsea UK and Aberdeen, Robert Gordon, Dundee and Newcastle universities, to focus on the global development of subsea technology and expertise.

His Excellency also heard of the University’s commitment to the promotion of Hispanic and Latin American studies and visited the institution’s international business school.

His visit recognises the growing economic and industrial links between the Granite City and Mexico which has lead to a vibrant Mexican community in the north-east.

It coincides with Aberdeen’s second annual Spanish and Latin American Film Festival, which is organised by the University and aims to recognise the growing Spanish speaking population at the institution and in the city.

His Excellency met with Mexican students studying at the University and toured academic facilities, before presenting a talk on the Mexican bicentenary and bilateral UK-Mexico relations to an assembled audience of staff, students and members of Aberdeen’s Mexican community.

His presentation – which took place in King’s College Conference Centre - was followed by an opportunity to take questions from the audience.

His Excellency then attended a civic reception hosted by the Lord Provost of Aberdeen at the city’s Town House.

“The University is strongly committed to developing mutually beneficial relationships with Mexico – not only in the area of oil and gas but also in business, science and culture.

“We hope today’s visit will further cement this commitment and the continued development of education and research links between the University and key Mexican organisations.”

Lord Provost of Aberdeen, Peter Stephen said: “We are pleased to welcome His Excellency Eduardo Medina Mora to the city of Aberdeen for the first time.  This visit will assist us in maintaining and developing our links with Mexico which is an important market for many of the businesses in Aberdeen.”

His Excellency was accompanied by Mrs Alexandra Haas, Director of ProMexico, Minister Ignacio Duran Loema, Cultural attaché for the Mexico Embassy in London and Gordon Keir, Head of Energy and Engineering for the Americas, for Scottish Development International during his visit.