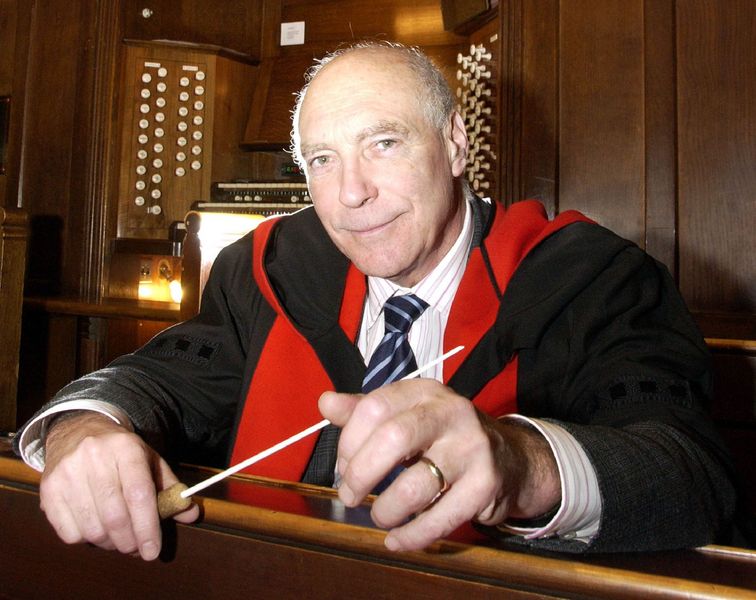 A gala concert to celebrate Aberdeen Music Hall's 150th anniversary will bring together the combined forces of two of the city's top choirs.

The event, on Tuesday March 16, will also mark the final concert conducted by Dr Roger B Williams, as Master of Chapel and Ceremonial Music and Organist to the University of Aberdeen.

After more than 30 years of music-making in the University, the city and the region, Dr Williams will be retiring in June.

He will share the conducting with Mr Alistair Macdonald, his colleague in the University's music department, but also the conductor of the Aberdeen Choral Society for more than 20 years.

The concert features the Mozart Requiem, one of the great works in the choral repertoire, and a favourite with singers and audiences alike, together with Mendelssohn's rousing choral work 'Lauda Sion', and Mr Macdonald's own edition of Mendelssohn's Psalm 43, written for double choir, and therefore making full use of the combined choral forces.

Because the two choirs will take up the whole of the Music Hall stage, the stage has had to be especially extended into the auditorium area, to provide space for the orchestra.

There is also a considerable age span amongst the performers - from current students, aged 18 and above, to one of the older members, who remembers performing in the Music Hall in 1941, when he was a student himself – nearly 70 years ago, and therefore almost half the age of the Music Hall itself.

Dr Williams said: "To conduct so many of Aberdeen’s finest singers will be a great thrill.  I am much looking forward to what will be a wonderful occasion.”

Professor Pete Stollery, Head of Music, added: "This promises to be a tremendous evening’s entertainment and a very fitting way to celebrate the work of one of Scotland’s most respected choral conductors.

“Dr Williams has contributed so much to the musical life of the University and the north-east of Scotland. The current health of the music department is as a result of his hard work and enthusiasm over 30 years of loyal service.”

The concert will begin at 7.30pm on Tuesday March 16 in The Music Hall, Union Street, Aberdeen.

Tickets are £8 for adults, £5 concessions and £2 for students and children and are available from Aberdeen Box Office on 01224 641122 or http://www.boxofficeaberdeen.com/