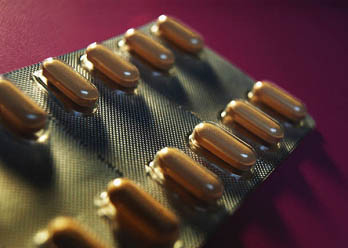 Women in the UK who have ever used the oral contraceptive pill are less likely to die from any cause, including all cancers and heart disease, compared with never users, according to research published on bmj.com today.

The results show a slightly higher risk in women under 45 years old who are current or recent users of the pill. The authors stress that the effects in younger women disappear after about 10 years. Furthermore, the benefits in older women outweigh the smaller excess risks among younger women.

The study continues to find a higher rate of violent or accidental death among oral contraceptive users compared with never users. The authors are unable to explain this persistent finding.

In May 1968, the Royal College of General Practitioners’ (RCGP) began the RCGP Oral Contraception Study, one of the world’s largest continuing investigations into the health effects of oral contraceptives.

Early reports from the RCGP study suggested an increased risk of death among oral contraceptive users, mainly due to an excess of strokes or other vascular problems among older women or those who smoked. Although a later report suggested that these effects disappear once the pill is stopped, at the time there were relatively few cases of different types of cancer.

These latest results, led by Professor Philip Hannaford from the University of Aberdeen, relate to the 46,000 recruited women, followed for up to nearly 40 years, creating more than a million woman-years of observation.

The results show that in the longer term women who used oral contraception had a significantly lower rate of death from any cause, including heart disease and all cancers (notably bowel, uterine body and ovarian cancers) compared with never users.

Hannaford says: “Many women, especially those who used the first generation of oral contraceptives many years ago, are likely to be reassured by our results. However, our findings might not reflect the experience of women using oral contraceptives today, if currently available preparations have a different risk than earlier products.”

The authors conclude that their results, derived from a relatively healthy UK study group, show that “oral contraception is not significantly associated with an increased long-term risk of death … indeed a net benefit was apparent.” However, they point out that “the balance of risks and benefits may vary globally, depending upon patterns of oral contraception usage and background risk of disease.”