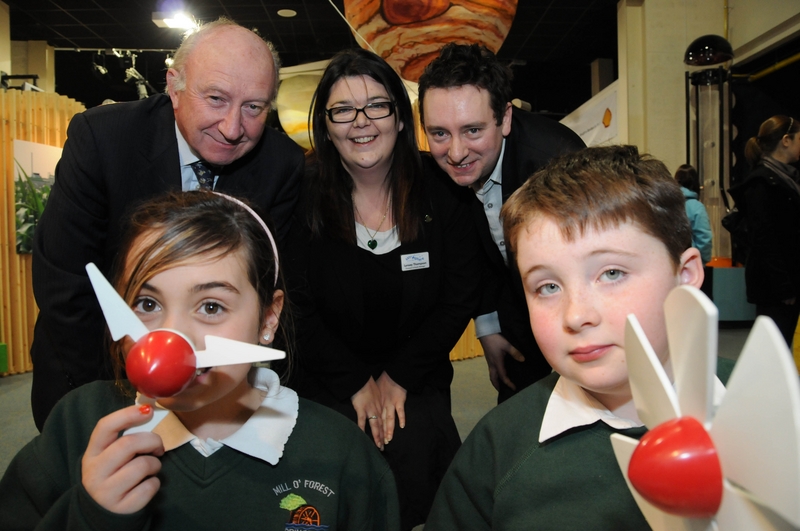 A 1million Euro exhibition aiming to educate young people on the future of renewable energy is now on show in Aberdeen.

Satrosphere is the only science centre in the UK – and the second in Europe - to host Energy Island.

The interactive exhibition looks at how renewable energies are found in nature and how they will determine the ways in which our energy is sourced in the years to come.

Satrosphere was one of seven international science centres involved in the development of the exhibition which will tour six locations throughout Europe over the next two years.

P7 Pupils from Mill O’ Forest Primary School in Stonehaven alongside representatives from the local energy sector - will discover more about Energy Island at an event sponsored by the University of Aberdeen today.

Dr Ken Skeldon from the University’s Public Engagement Science Unit will present a preview of the University’s Energy Matters show, which highlights the science behind renewable energy and will run alongside the exhibition.

Sun, wind, water, biomass and geothermal energy are the focus of Energy Island, which invites children to learn the pros and cons of the different energies and then create their own island deciding where and how they should be used.

The display is fully interactive and includes the opportunity to get hands on with pieces of equipment and sniff some of the smells developed through the creation of different energy sources.

Professor Dominic Houlihan Chairman of Satrosphere and Vice Principal of Research and Commercialisation, at the University of Aberdeen said: “Energy Island is the result of a strong partnership between an international network of science centres, which identified the need to develop a hands-on, interactive exhibition to tackle the topic of renewable energy.

“The project to create the exhibition began nearly two years ago and it is fantastic to see the resulting display today which explores these five types of renewable energy in a way which is both exciting and informative.

“The tour of the exhibition began in Rome late last year and Satrosphere is the only destination the exhibition will visit in the UK, offering visitors to the city a unique opportunity.”

Energy Island is open to the public at Satrosphere Science Centre until May 4, 2010.

Entry to the exhibition is included in the general admission fee to Satrosphere.

Energy Island was developed by the European Network of Science Centres (SCICOM) – a consortium comprising the following nine partners - of which seven are Science Centres and Museums: