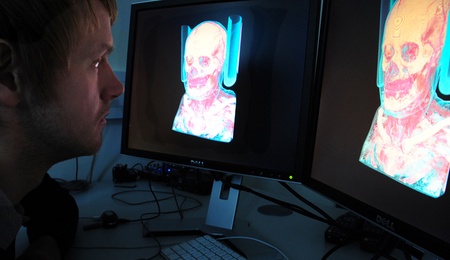 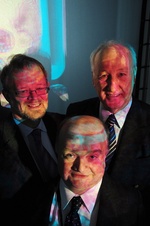 3D has taken the big screen by storm – blockbuster Avatar which uses the technology is reported to be the biggest grossing film of all time.

And the concept is becoming more available with the advent of 3D TV for the home and with Sky TV preparing to launch Europe’s first dedicated 3D TV channel, which it previewed earlier with a live 3D broadcast of a Premier League football match.

Now 3D is being developed by the University of Aberdeen - in collaboration with the Digital Learning Foundation - to help teach medical students.

Aberdeen’s medical school is believed to be the first in the UK to use this particular kind of 3D software whichcan transform a medical scan such an MRI or CAT scan into a 3D image within seconds.

The 3D data can then be studied by medical students wearing special glasses just like those worn by movie-goers.

The technology can also incorporate other multimedia such as photographs and video, perhaps of medical conditions or procedures like operations, to provide a full interactive learning experience.

The system - which is currently only at the pilot stage - will allow medical students to actively explore how organs fit together. Lecturers will also be able to highlight areas of interest with colour and 3D labels.

The University’s ‘3D stereoscopic visualisation facility’ is different to many other 3D systems which have tended to use handcrafted medical images or models that are costly and take hundreds of man hours to make.

Dr Neil Hamilton, Director of the University’s Medi-CAL Unit, which develops e-learning applications for students, is leading the project. He said: “We can take an existing medical scan, that has been anonymised, feed it into a computer and have a 3D stereoscopic image ready for teaching within a matter of seconds rather than weeks.

“We could take a scan of a head injury, for example, input the scan into our system and create a virtual model of the head. This 3D image could then have parts of it, maybe the skin, ‘stripped away’ allowing the lecturer and student to fully explore the injury.

“Our new facility puts the University of Aberdeen at the forefront of 3D visualisation in medical education.

“Just like in the movies where 3D films really capture the audience, there is a real wow factor for our students. The technique immediately gets them buzzing and engaged with the topic.

“After donning a pair of 3D specs medical students can be treated to a spectacular display of human anatomy from a real patient. The 3D view provides a far better understanding of the spatial arrangements of internal organs and structures.”

Professor Ron Keenan, a retired NHS Grampian consultant surgeon who is now involved in teaching medical students, said: “The 3D facility is a unique and exciting advance for the University of Aberdeen.

“The facility will be a fantastic teaching tool that will help our medical students gain a greater insight into organs in our body and how they relate to other parts of the body.

“I also believe that with further investment 3D could be used in the future in clinical practice.”

Phil Lavery, CEO of the Digital Learning Foundation, said: “Imagine, a group of student doctors on their hospital rounds with a surgeon, then going to a facility like the University of Aberdeen one, but within a hospital, to review those patients scans fully interactively.

“Being able to use tools like a virtual scalpel to expose the areas of interest, tap on a handheld screen to pull in related materials, or contact experts from anywhere in the world and all from within the 3D environment, this is only a small part of the vision for the University of Aberdeen’s Joint Medical Visualisation Project.

“However, the most important aspect of this project is the ability to quickly use real patient data as an integral part of the teaching and learning process.

“Books and models give the impression that there is a standard human, but that really isn’t the case. There is remarkable variation even in healthy bodies. Giving students access to a growing library of real 3D data, will not only increase their awareness of these differences, but prepare them for the near future, when this technology will be available to every doctor on their own computer screen.”

“Today’s students are of the Playstation generation, having grown up with digital technology, it is embedded in their lives. It is essential that modern medical teaching practice embraces this fact.”

The concept of 3D visualisation is not new. British scientist and inventor Sir Charles Wheatstone was experimenting with a device for displaying 3D images in 1840. Lately there has been a raft of 3D Hollywood blockbusters.

The 3D system - currently being piloted at Aberdeen before being introduced as a key teaching aid - has been developed by staff from University of Aberdeen’s Medi-CAL Unit in partnership with the Digital Learning Foundation. The project has been funded using NHS Grampian ACT funds.

Professor Ron Keenan, Dr Neil Hamilton and John Montgomery, Joint Medical Visualisation Project Coordinator, and some medical students will be available for interview. The 3D technology will also be shown. CDs of some of images are also available. Please contact Jennifer Phillips to confirm your attendance at the photo opportunity or to arrange some images on 01224 273174 / 07776 461470.