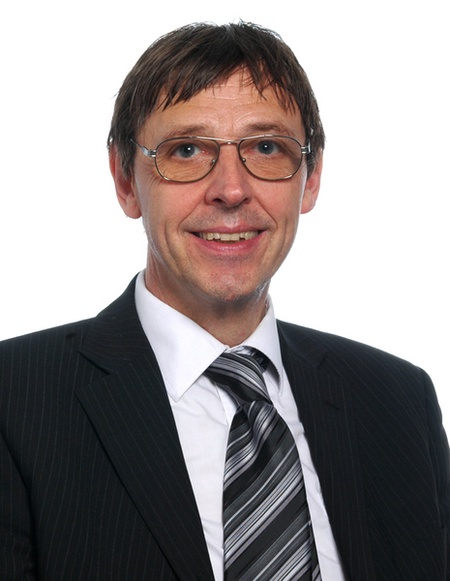 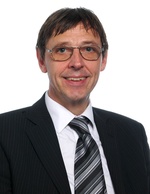 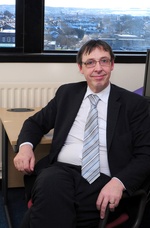 One of Britain’s most respected cardiologists has taken up a prestigious centuries-old post at the University of Aberdeen.

Professor Michael Frenneaux, who is also a consultant cardiologist with NHS Grampian, has been appointed Regius Professor of Medicine.*

It is a return to the North-east for the father-of-two who joins Aberdeen from the University of Birmingham where he was British Heart Foundation Chair of Cardiovascular Medicine.

After house officer and senior house officer posts in London where he also studied medicine, Professor Frenneux was a registrar at Aberdeen’s Woodend Hospital and Aberdeen Royal Infirmary before moving to New Zealand, Australia and Cardiff.

Professor Frenneaux’s principal funder is the British Heart Foundation which has awarded the cardiologist grants worth several million pounds over the years.

One of the Professor’s research specialities is a condition called hypertrophic cardiomyopathy which affects one in 5000 people and is a thickening of the heart muscle.

In a small number of cases the condition only comes to light when a seemingly healthy young person suddenly collapses and dies, perhaps while playing a sport.

Professor Frenneaux’s research is also trying to improve the health and quality of life of sufferers of heart failure, the most common cause of hospital admissions for the over 60s and associated with a very high mortality rate – worse for example than most of the common cancers  bar lung cancer.

One of the Professor’s studies is working on a new treatment for heart failure based on a little used anti-angina drug.

Professor Frenneaux is also investigating the links between heart disease, depression and cortisol – the ‘stress hormone’ produced naturally in our bodies.

Aberdeen’s renowned medical imaging facilities tempted the cardiologist to return to the city.

He said: “It is a great honour to be appointed to the historic post of Regius Professor of Medicine at the University of Aberdeen.

“I am delighted to return to Aberdeen and I am greatly looking forward to the exciting prospects ahead.”

Marjory Burns, Director of British Heart Foundation (BHF) Scotland, congratulated Professor Frenneux on his prestigious appointment. She said: “The nation’s heart charity is extremely proud to fund such high calibre researchers as Professor Frenneaux. We are especially interested in his work in the field of heart failure as BHF Scotland is currently raising vital funds to provide Heart Failure Nurses throughout the Grampian area.”

Professor Michael Frenneaux is available for interviews and photographs at the Polwarth Building, Foresterhill health campus between 9.30am and 12noon. To arrange please contact Jennifer Phillips on 01224 273174.

*Regius Professorships are "royal" professorships at the UK’s ancient universities of Oxford, Cambridge, Aberdeen, St Andrews, Glasgow and Edinburgh.  Each of the posts was created by a monarch, and each appointment is approved by the Crown.