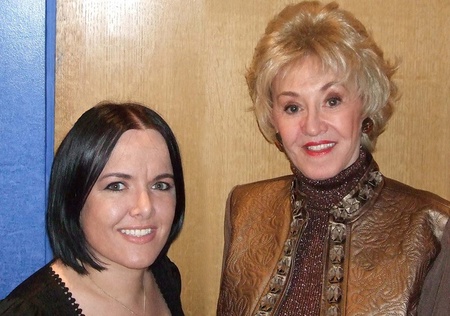 Orcadian students nearing the end of their degree programme have the opportunity to take up a prestigious summer internship in America thanks to a benefactor at the University of Aberdeen.

The Clair Drever Scholarship will pay $15,000 towards the successful student’s living costs, travel, study materials and other expenses.

It is open only to students from Orkney or with a strong connection to the Orkney Islands who are in the penultimate year of undergraduate studies at the University of Aberdeen and will be returning to study for an honours year. Also eligible are those who will complete their degree in 2010 and will return for postgraduate study, either in Aberdeen or elsewhere.

The scholarship was established in 2009 by Orkney native Jean Young – known locally as Clair Drever – to support students from the islands. Ms Young now lives in Texas but established the award to give Orcadian students a chance to experience working and living abroad to gain a broader educational experience.

Law student Corrine Sinclair, from Stromness was the first recipient and she travelled to the University of Oregon for two-and-a-half months last summer.

She said: “I had already decided on undertaking a PhD and had been exploring opportunities to study in the USA over the summer.

“Imagine my delight when this scholarship was offered in the local paper.  I applied and was the lucky chosen applicant.”

Corrine selected a university which offered the best resources in relation to her chosen subject – Marine Renewable Energy – and the successful 2010 recipient will be able to select an institution relevant to their own interest which has links to the University of Aberdeen.

In addition to broadening her academic knowledge and contacts, Corrine was able to take advantage of the social side of study in America.

She took in a road trip to San Francisco for Independence Day celebrations, travelled to Boston and Seattle where she visited the underground city and famous Space Needle, which offers a panoramic view of the city, and attended a rodeo.

Corrine added: “The internship was most definitely a great experience and I feel so privileged to have had this opportunity.

“The experience as a whole has benefited me immensely and I came home with much in my head and equally lots in my heart.

“My trip to America has most certainly been an experience which will remain with me forever and one which I will eternally be in debt to Jean Young for.  It simply could not have been better.”

Anyone who meets the criteria and is interested in applying for the 2010 Clair Drever Scholarship should contact Philippa Dunford at the University of Aberdeen Development Office on 01224 274 139 or e-mail p.dunford@abdn.ac.uk