Why so vague? New book by Aberdeen academic examines the fuzzy logic of language
01 February 2010 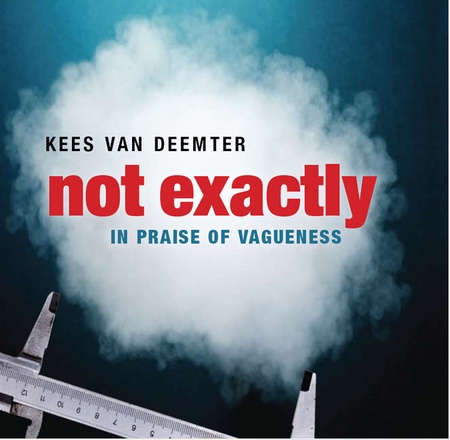 Ever wondered what temperature it is when weather forecasters tell us it’s a ‘warm’ day?

What number politicians have in mind when they say there are ‘enough’ helicopters in Afghanistan?

Or exactly how old you have to be, to be called ‘old’?

The vagueness which exists in the language we use everyday is examined in a new book by a University of Aberdeen academic, entitled Not Exactly- In Praise of Vagueness.

From the language employed by politicians, to the words used by advertisers to entice us to buy their products, Dr Kees van Deemter – a computing scientist at the University - explores why so much of what we say and hear is unclear.

Dr van Deemter said: “Vagueness is inherent in how we communicate in our day to day lives.

“We happily use words such as ‘warm’ to describe the temperature, even though warm is not an exact measurement on a thermometer.

“Advertisers use words such as ‘powerful’ to describe a car engine or vacuum cleaner even though it would be difficult to test their claims, because a word like this is essentially undefined.

“Perhaps the most interesting use of vagueness is by politicians. So often in speeches they can be heard using terms such as ‘failing’ schools, or ‘world-leading’ research.”

In the book, Dr van Deemter discusses why vagueness can often be useful, how vagueness can be modelled mathematically, and how the vagueness in the language we use creates a challenge for artificial intelligence systems.

He said: ”One of the key focuses for the University of Aberdeen’s Computing Science department is the creation of computer systems which are designed to communicate with people.

“An example is a system created by my colleagues at the University which takes graphs and tables relating to the weather and translates them into a text summary which can be used by weather forecasters.

“Vagueness can cause a problem when creating such systems because computers typically work with numbers, whereas human speakers often have good reason to avoid them.

“So whereas a computer can understand what the wind speed is by being given an exact figure, this measurement would be meaningless to the average man on the street.

“However that man would understand what it meant if the wind speed were described as ‘strong’, for example.

“So the research we are working on within the University is aiming to create systems which are comfortable with numbers, but which can use vague words if they need to. What is more, they need to be able to make that judgement call: whether to be fully precise, or to sacrifice some precision, in order to be understood better.”

Not Exactly - In Praise of Vaguenessis out now published by Oxford University Press.  It is available from major bookstores - including Waterstone’s and Blackwell’s - as well as from Amazon.