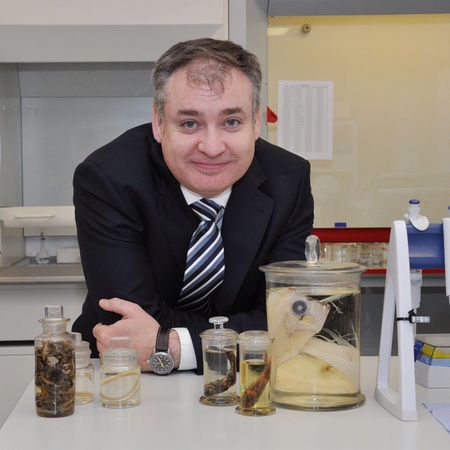 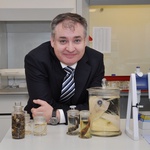 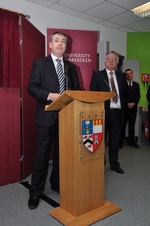 A £4.4M new facility which will help secure Scotland’s future as a world leader in marine research is officially opened today (Tuesday January 26) by the Environment Secretary Richard Lochhead MSP.

The University of Aberdeen’s Oceanlab is already leading groundbreaking studies into the world’s oceans as well as providing information on marine life in waters around Scotland.

Now Oceanlab 2 – a brand new complex next door to the original Oceanlab at Newburgh – will enable scientists to do much more to further our understanding of the marine environment.

The combined Oceanlab facilities will give scientists the capabilities to explore every part of the sea from its shores to its furthest depths.

It will also allow researchers to investigate the impacts of global warming on marine environments.

Today’s opening comes just weeks ahead of the University taking on the directorship of the recently launched MASTS– Marine Alliance for Science and Technology.

Environment Secretary Richard Lochhead said: “The opening of Oceanlab 2 is the latest exciting development for marine policy in Scotland. Next week (February 4) our new Marine Bill will hopefully be endorsed by Parliament, providing additional opportunities tobuild on Scotland’s outstanding reputation for marine science.

“Delivering a new management framework to protect our seas and ensure economic growth will be one of our proudest achievements to date, but it is simply the beginning. We are heading towards an era where renewable energy will be even more important in our fight against climate change, and our seas will only become more valuable.

“Improving our understanding of the marine environment is key, so leading research institutions like Oceanlab clearly have a vital role to play in terms of increasing Scotland’s competitive edge and keeping us at the forefront of international marine research.”

“Oceanlab 2 will further expand our capabilities and allow us to use new technologies to address globally significant environmental problems.”

Professor Monty Priede, Director of Oceanlab, added: “Oceanlab is already contributing greatly to Scottish and global marine science as well as providing a service to the subsea industry.

“Oceanlab 2 will secure our future and maintain this lead for the coming decades.

“It offers us space to welcome scientists from around the world to come and work with us on important new research.”

Oceanlab leads the world with its remotely operated systems called landers that can be deployed in water as deep as 36,000 feet.

The technology has enabled researchers to make a series of breakthroughs including discovering new species and capturing the deepest ever images of living fish.

One of the key features of Oceanlab 2 is its Ocean Futures lab which has special climate chambers for simulating rising temperatures and carbon dioxide levels.

This will allow scientists to explore the impact of global warming on marine creatures and study how the balance of advantage shifts between different species and how communities change over time.

·         It hosts a Marine Scotland Coastal temperature monitoring station on the River Ythan estuary, and is working with SEPA on continuous monitoring.

·         It works with Marine Scotland on regular trips to the Faroe-Shetland Channel studying the recycling of organic matter on the sea floor.

·         It is sponsored by the EU to study the importance of cold water corals habitats to deep water off the west Coast.

·         Researchers study biodiversity and ecosystem function on the sea floor both on the East Coast and West Coast. Experiments conducted in the Ocean Futures lab will investigate how ocean warming and acidification will affect the ecology of seas around Scotland.

·         Students from Oceanlab are working in Marine Scotland on the growth and feeding of young cod, haddock and whiting in the North Sea.

·         Scientists are also studying interactions of fish with North Sea offshore oil and gas installations in work sponsored by one of the oil majors.