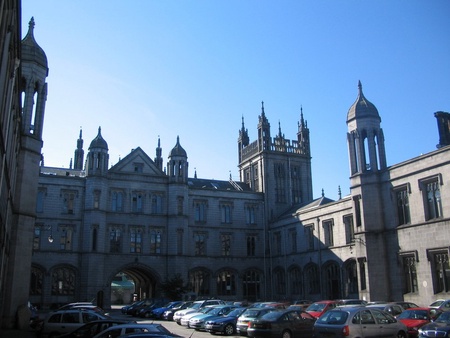 A project to open up Scotland’s important museum collections to a worldwide audience through the internet has been launched.

Scottish universities hold a disproportionately high percentage of Scotland’s nationally important collections – more than 1.8 million items in total – but only 7.5 per cent of this can be viewed on the web.

Now nine universities, led by the University of Aberdeen, will come together to open up the nation’s scientific and cultural heritage to a wider audience.

Revealing the Hidden Collectionswill run until June 2010 and will see important collections and artefacts electronically recorded, photographed and the details uploaded to the Culture Grid, a national cultural database run by the Collections Trust, the Museums Libraries and Archives Council, and the European Commission.

The partners in the project are the universities of Dundee, St Andrews, Stirling, Glasgow, Edinburgh, Aberdeen, Heriot-Watt, Robert Gordon, and the Glasgow School of Art.  They are all members of the University Museums in Scotland group, which received £240,000 towards the £318,000 project from the Scottish Funding Council.

Collections in five of the universities, including the entire holdings of the Universities of Aberdeen and Glasgow and select collections from the Glasgow School of Art, University of St Andrews, and University of Edinburgh have been recognised as nationally important by Museums Galleries Scotland on behalf of the Scottish Government.

“These are of exceptional importance to the nation but currently less than 40 per cent are catalogued – on paper or electronically – and less than eight per cent of collections can be viewed on the web.

“The internet is now an important research tool, for school children, academics and those with an interest in a particular subject but currently they have few ways of discovering what we hold, or viewing it.”

Some of the first collections to be catalogued in Aberdeen include Marischal Museum’s collection of surgical items from around the world and a hoard of ancient coins discovered on the Upperkirkgate, Aberdeen, during building work carried out in 1886.

Miss Miller added: “We have some really interesting and unusual surgical items including bullet extractors and saws which I’m sure would be of great interest to people not just here in Aberdeen but across the UK and beyond.

“We also have one of the largest collections of Egyptian Papyrus held anywhere in the country.”

Project Director Dr Alan Knox, Head of Museum Collections at the University of Aberdeen, commented: “If people are to get the most out of these outstanding collections, they first need to know what we have and the internet is the perfect tool for making this available to a worldwide audience.”

Revealing the Hidden Collectionsis funded by the Scottish Funding Council’s Strategic Priority Investments in Research and Innovation Translation (SPIRIT) grant.  This grant scheme aims to support collaborative and demand-driven projects emphasising knowledge exchange between higher education institutions and the general public.  The Scottish Funding Council is responsible for allocating £1.7 billion of public funds each year to colleges and universities in support of Scottish Government priorities. The Council’s funding contributes towards the costs of learning and teaching, skills development, research, innovation and other costs such as staff, buildings and equipment in Scotland’s 20 universities and higher education institutions (HEIs) and 43 further education (FE) colleges.

University Museums in Scotland (UMIS) seeks to foster the preservation, care and interpretation of historical and cultural collections in Scottish Universities, and to promote the interests of the collections.

Through the Museums Galleries Scotland Recognition Programme, Scottish universities have been acknowledged as holding a substantial and disproportionately high representation of the nation’s scientific and cultural heritage.  Scottish universities hold 32% of the country’s materials on history of science, 31% of the nation’s coins and medals, 24% of its fine art, 20% of natural science collections and 18% of world culture, all with a disproportionately high representation of nationally- and internationally-important items.