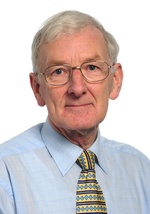 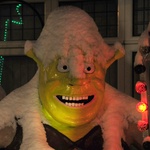 Congratulations go to retired University of Aberdeen technician Eddie Stevenson who was made an MBE in the New Year's Honours.

Mr Stevenson - whose Aberdeen garden is known to many because he fills it each Christmas with festive fairy lights and popular characters such as Snow White and the Seven Dwarves - was honoured for his services to healthcare and charity.

His seasonal makeover of his Ashgrove Road West garden has raised more than £130,000 over the last 27 years for children with special needs.

The 66-year-old worked at the University for 42 years in the biomedical physics department before taking retirement last May.

During that time Mr Stevenson was a member of Professor John Mallard's pioneering team which created the world's first clinical MRI imaging scanner.

He said: "I am really delighted it was such a surprise, I'm still on cloud nine. You don't do these things to get honoured and when it happened it came out of the blue. It's really wonderful!"