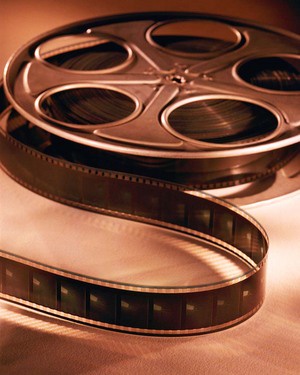 The winners of a University of Aberdeen competition for aspiring young film makers have been announced.

Budding movie makers from across the UK battled for supremacy in the institution’s inaugural Junior Director’s Cut competition.

Open to youngsters between the ages of 15-17, entrants were asked to submit a short video clip of no more than 5 minutes in length on the theme of 'student life'.

Designed to get students thinking about education and their futures while also honing their directing, producing, scripting and acting skills, entrants could base their submissions on student life within a school setting, or what they hope or expect student life at university to be like.

The £500 first prize was picked up by 17 year old Lucy Shepherd from Beccles, Suffolk for her entry Dreaming of Student Life.

Lucy, who has applied to study medicine at the University, used her film to explore the hopes and dreams of applicants as they prepare for their futures.

Her humorous film contrasts the student’s high expectations with a grim reality before reaching a reasoned conclusion.  The film is well constructed despite a non-existent budget, brilliantly scripted and features the acting talents of Lucy’s classmates.

Second prize went to Helen Adams and Emma Orton - both 15 - from Newcastle and third place went to 17 year old Jonna McIver from Hatfield –who received flip cameras for their efforts.

The winning entries were chosen from six shortlisted finalists from across the UK.

Due to the wide geographical locations of the finalists, a traditional awards ceremony was replaced with an on-line show where the final six entries were viewed with feedback from the University of Aberdeen’s Head of Film and Visual Culture, Dr Alan Marcus.

Dr Marcus said:  “We are hugely impressed with the imaginative work of real quality that these 15-17-year old students have produced.”

Rachel Sandison, Head of Student Recruitment and Admissions at the University of Aberdeen said: "The Junior Director's Cut competition has been a huge success.  We’ve been delighted to see so many entrants from all over the UK take part and Lucy should be very proud to have come out on top against such varied and able competition.

"The University of Aberdeen is proud to be at the forefront of digital communications with its student audience and saw this competition as an ideal opportunity to help develop the flourishing talent emerging in young film makers throughout the UK, while also getting young people to actively think about what university life is all about.”

The winning film and the two runner up film entries can be viewed at http://www.abdn.ac.uk/juniordirectorscut/.

A call for entries for the second Junior Director’s Cut competition will take place in October 2010.