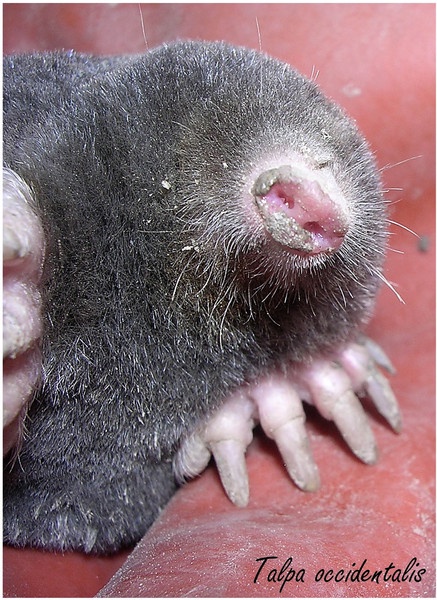 Moles may be seriously short-sighted and some even have skin covering their eyes.

But in findings that could give new insights to human eye disorders, scientists reveal that moles’ eyes are better than expected and that they can see light even when their eyes are permanently shut.

The researchers have also discovered that moles’ eyes play a crucial role in controlling their body clocks which let the underground mammals know the time of day and time of year.

Without this they would struggle to breed as moles only mate during the Spring.

The scientists hope their work could eventually lead to greater understanding of human eye diseases.

Dr Collinson, Reader in Biomedical Sciences, said: “Moles live in the dark, and in the case of the Iberian mole their eyes are covered by skin, so the assumption was that they were blind.

“It has also been assumed that animals that live in the dark will gradually lose their eyes through evolution, like cavefish which have no functional eyes.

“When we became the first to study moles' retinas we had expected them to be a degenerate mess.

“However we found that they have fully developed retinas that have all the right cell types for detecting light and which also make all the right connections with their brains.

“We also discovered that the structure of the light receptive cells in their retinas is typical of animals who live in daylight and those that we humans have.”

The research – a three year project which is part of a 25 year study of moles in Granada – looked at Iberian and European moles.

Dr Collinson, based at the University’s Institute of Medical Sciences, said: “In the case of the Iberian mole we found that even though their eyes are permanently shut, they can see and run away from bright light, which we assume means they use their eyes to detect holes in the roof of their tunnel networks.

“We also we found that moles have masses of a specialised type of retinal cell that is needed to control circadian rhythms or body clocks.

“We should have listened to the country folk, because as any mole catcher knows, moles get up in the morning, have a nap in the middle of the day and then get active again in the evening before bed.

“What we have now discovered is the molecular machinery that enables moles to do that. Our research also shows that moles are not on an evolutionary pathway to complete eye loss.”

Researchers now hope their work could yield new clues to understanding more about human eye disorders and the use of stem cells to repair damaged retinas.

Dr Collinson added: “The eye is a battleground for anti-evolutionary argument, because it is difficult to understand how it can evolve in incremental stages if a partially formed eye is no use.

“Our work has shown that in fact a partially formed eye can be very important for the ecology and survival of the animal, and that there is nothing inherently impossible about the evolution of the eye.

“It also highlights the fact that among the animal kingdom there are thousands of species that have not been studied but which may hold important clues for our understanding of human pathology.

“For example there is a type of stem cell in our retinas called the Müller glia that could hold the key to repairing retinas after disease or injury that lead to blindness.  Although these stem cells are asleep and virtually inactive in humans, in moles they are awake and reactivated.  If we could work out how moles do that, we would hold a key to human retinal repair. ”