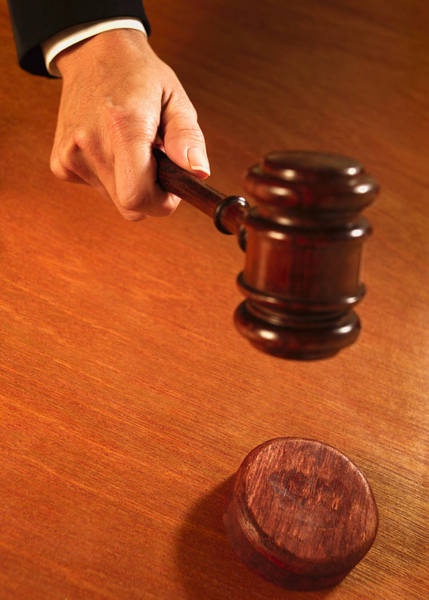 The University of Aberdeen’s Law Mooting Society has launched its first secondary schools competition, designed to give senior pupils a taste of life in the courtroom.

The contest will help pupils to develop their debating skills and learn about the legal profession.

A moot is a legal debate in a simulated courtroom setting where two teams of counsel attempt to persuade a judge of the strength of their case by reference to legal authority.

The competition got underway on Monday with Robert Gordon’s College and St Margaret’s School.

St Margaret’s clinched a narrow victory in the debate, held in the old Senate Room at the University and judged by the head of the School of Law, Margaret Ross.

Ahead of the moot, pupils from both schools received coaching from University of Aberdeen Mooting Society members Helen Boyd and Valerie Kemp.

They ran special workshops for students and provided them with a handbook – a simplified version of the one used by the Society outlining procedures and points of law.

“A lot of students here had not tried it before they started their courses and felt it would have been really helpful.

“The standard from both schools was extremely high and the court etiquette and referencing was spot on.”

The competition continues on Wednesday December 9 with Albyn School and Aberdeen Grammar School.

The final will take place in mid February in front of a Sheriff and it is hoped to extend the contest in 2010.

Schools wishing to register an interest for the next academic year’s competition should email Valerie Kemp valerie.kemp.06@aberdeen.ac.uk  or Helen Boyd h.boyd.05@aberdeen.ac.uk for more details.

Opportunities are also available to watch the Granite City Moot in March, between law students at the University of Aberdeen and Robert Gordon University in Aberdeen Sheriff Court. Please contact barbara.onuonga.05@aberdeen.ac.uk for more details.