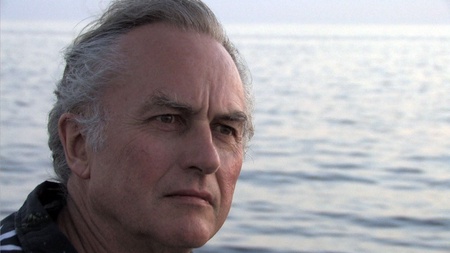 One of Britain’s best known biologists who has championed and expanded upon Charles Darwin’s theory of evolution is among those being honoured today (November 26) by the University of Aberdeen.

Professor Richard Dawkins, the evolutionary biologist, best-selling author and outspoken atheist, is receiving an honorary doctorate on Thursday morning (November 26) – almost 150 years to the day Darwin published his seminal works On The Origin of Species by Means of Natural Selection

Professor Dawkins - widely recognised for his popularisation of Darwinian ideas - is receiving his Doctor of Science (DSc) degree in the year that celebrates the 200th anniversary of the birth of Darwin.

His degree will be bestowed at the first of the graduation ceremonies - Thursday 11am - which take place at Elphinstone Hall, King’s College.

Bill Edgar - a highly regarded figure in the subsea and offshore oil and gas sector who is chairman of the National Subsea Research Institute, European Marine Energy Centre, and Subsea UK and has been in the industry for more than 35 years - will also receive his DSc degree on Thursday at 3pm.

Dr John Purser - also a poet, playwright and writer whose book Scotland’s Music is an all embracing account of the history of the nation’s music and musicians from the Stone Age to the present day - will receive a Doctor Honoris Causa (DHC) degree on Friday at 3pm.

Laurie Taylor - who has appeared on many BBC Radio 4 programmes and numerous tv programmes; writes for newspapers and magazines, has published 14 books and is a public speaker - will also receive his DHC degree at the same ceremony.

More details of the graduands appear below.

Members of the media wishing to attend any of the ceremonies should contact the Communications Office, on 01224 272014 to arrange.

Lately Charles Simonyi Professor for the Understanding of Science, University of Oxford

Professor Richard Dawkins, an eminent biologist and gifted writer and broadcaster, is widely recognised for his popularisation of Darwinian ideas as well as for original thinking on evolutionary theory.  A Fellow of New College, Oxford, and the former Charles Simonyi Professor for the Understanding of Science at the University of Oxford, he was elected as a Fellow of the Royal Society in 2001.  He is the author of numerous best-selling books including The Selfish Gene, published in 1976 and The Greatest Show on Earth published in 2009.  As an ethologist, with a principal interest in animal behaviour and its relation to natural selection, he has popularised the idea that the gene is the principal unit of selection in evolution.  A talented and determined communicator in science to the general public, his television programme, The Genius of Charles Darwin, won Best Documentary Series at the British Broadcast Awards in 2008.  A champion of science and scientific method, Professor Dawkins is an ardent atheist, an Honorary Associate of the National Secular Society and Vice-President of the British Humanist Association.

Bill Edgar is a respected figure in the Subsea and Offshore Oil and Gas Sector, an industry he has served for over thirty five years. He is Chairman of Subsea UK, the European Marine Energy Centre, and the National Subsea Research Institute.  He is also a Director of Online Electronics Ltd and was previously Group Director for Engineering and Production Facilities for the John Wood Group PLC and Chief Executive of the National Engineering Laboratory.  He is also a past Chairman of the Offshore Construction Association.  An honours graduate in Engineering from Strathclyde and Birmingham Universities, Mr Edgar is a Chartered Engineer.  He has been awarded Fellowships by the Institution of Mechanical Engineering, The Royal Academy of Engineering and the Royal Society of Edinburgh.  He is also a past President of the Institution of Mechanical Engineering and is a Liveryman of the Worshipful Company of Engineers.

John Purser is a prominent Scottish composer, musicologist and broadcaster.  He is also a writer, poet and playwright.  His acclaimed book, Scotland's Music, published in 2007, encompasses traditional, classical, and popular music placing them in their historical contexts.  It is an all-embracing account of the history of music and musicians in Scotland stretching from the Stone Age to the present day.  He also researched, wrote and presented BBC Radio Scotland’s Scotland's Music - a Radio History.   Dr Purser, who has been creating award-winning radio since the 1970s, was presented with the ‘Services to Industry Award’ for this programme at the 2007 Scots Trad Music Awards.  His plays include the radio play Carver - about Robert Carver, the 16th century Scottish composer of church music.  John Purser also initiated the reconstruction which commenced in 1991 of the Iron Age Deskford Carnyx, producing a replica which was first played in 1993 by trombonist John Kenny. He has also recently published a critical biography of the Scottish composer Erik Chisholm.  Dr Purser currently teaches the History of Gaelic Music at Sabhal Mor Ostaig, the Gaelic College on Skye, where he is a Research Fellow.

Laurie Taylor is a sociologist by discipline and formerly held a chair at the University of York.  He is currently more readily recognised as an author, journalist, radio and television writer and broadcaster, and as a public speaker.  For over two decades Laurie Taylor has been heard on BBC Radio 4 in such programmes as Stop the Week, The Radio Programme, News Quiz, Speaking as an Expert, Afternoon Shift, Room for Improvement, and Thinking Allowed, a programme devoted to society and social change. He has also made several major television documentaries on such topics as crime, drinking behaviour, and the purpose of education, the meaning of celebrity and the inadequacies of palliative care in the United Kingdom. The author of fourteen books on motivation, change, communication, and personal identity, Laurie Taylor is also a regular contributor to the New Statesman, The Independent, and The Times. His weekly satirical column on university life has been appearing in the Times Higher for the last 30 years.  He is also an editor of the magazine New Humanist and chair of the British Rationalist Association.