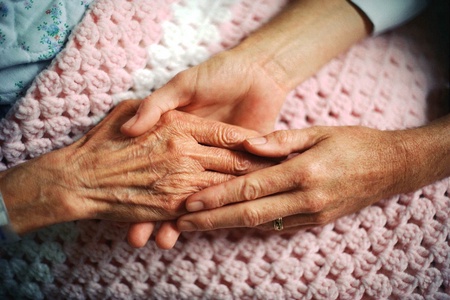 A debate on whether doctors should aid patients who wish to end their lives will take place at the University of Aberdeen on Monday (November 16).

The Suttie Centre for Teaching and Learning in Healthcare at Foresterhill is the venue for the debate which has the motion - This house believes that physician assisted suicide should be made legal in Scotland.

Jeremy Purvis MSP for Tweedale, Ettrick and Lauderdale and Dr Libby Wilson, convenor and medical adviser for the society Friends at the End, will argue in favour of the motion.

Putting the case against it will be John Deighan, Parliamentary Officer for the Catholic Church of Scotland, and Aberdeen GP Dr Willie Harrison.

The event, organised by the Christian Medical Fellowship (CMF) in Grampian, is open to the public. It will take place between 7pm and 9pm and include opportunities for the audience to ask questions.

SiehYean Kiew, Vice President of the student branch of the CMF, has helped organise the debate. She said:  “It should be a really spirited evening and we expect it to be of interest to anyone interested in legal, ethical and right to die issues.”

More information about the speakers:

Jeremy Purvis MSP for Tweeddale, Ettrick and Lauderdale was first elected in the 2003 parliament elections, aged 29, which made him the youngest constituency MSP. He is a member of the Parliament's Finance Committee and is the Finance and Economy Spokesman for the Scottish Liberal Democrats. He currently lives in Galashiels.

Dr Libby Wilson is a retired GP with an interest in end-of-life issues; she is the convenor of and medical advisor to Friends At The End (FATE), a pro-choice group lobbying for a change in the law relating to assisted suicide and euthanasia and promoting awareness about end-of-life choices and dignified death. She is the author of two books - Unexpected Always Happen chronicling her time as a doctor in Sierra Leone, and Sex on the Rates, about her experience as a doctor in family planning services.

John Deighan is the Parliamentary Officer for the Bishops' Conference, a post he has held since 1999. His main focus is in dealing with issues at the interface between faith and politics. Prior to that he lectured system analysis and design at Motherwell College and was an engineer with Rolls Royce and Babcock. He has extensive experience in the political arena through his involvement with the Trade Union Movement, Pro-Life work, the Movement for Christian Democracy and election campaigning.