Can tomato-based foods protect you against heart disease?
10 November 2009 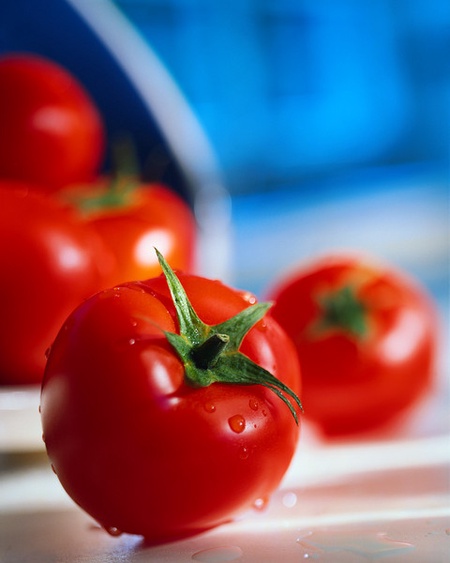 Researchers from the University of Aberdeen believe tomatoes could play a key role in the prevention of heart disease and are seeking volunteers to verify the theory.

It has long been known that countries in the Mediterranean, where tomatoes are a staple of the diet, have significantly lower rates of heart disease than Western Europe.

Recent studies have shown that tomato-based food and the natural red pigment lycopene, found in products like ketchup, tomato juice and tomato paste, may contribute to this phenomenon.

It is thought that they have a beneficial effect on the heart, helping to protect against Cardiovascular disease (CVD), such as a stroke or heart disease.

However these findings have not yet been validated by comprehensive dietary trials.

It is thought that tomato-based products, lycopene, or both may reduce the amount of cholesterol, sugar and other chemicals in the blood which may be responsible for the development of cardiovascular disease.

But what is not known, is whether it is the lycopene alone or the whole tomato product which is responsible for the beneficial effect.

In an attempt to discover the answer, a team from the University’s School of Medicine and the Rowett Institute of Nutrition and Health, will look at the impact of three different diets providing varying portions of tomato-based products, such as tomato sauce, Bolognese and soup,

They will then study the effects on levels of cholesterol, sugar and other chemicals in the blood which are associated with an increased risk of heart disease.

The study has been funded by the Food Standards Agency and, if the results support the theory about the beneficial effects of tomatoes, could be used to define dietary advice to the British population.

Dr Frank Thies, who will lead the study, said: “Cardiovascular disease is one of the main causes of mortality in Scotland.

“There is plenty of evidence which suggests that in parts of the Mediterranean, where tomatoes form a key part of the diet, the incidence of heart disease is much lower.

“Studies have shown that there is a potential link to tomatoes, lycopene or both but a comprehensive dietary trial is needed to progress our understanding.

“If there is a positive beneficial effect, we also need to establish whether it is the tomato as a whole or just the lycopene which is responsible.”

For the study, volunteers are sought between the ages of 40 and 65-years-old in good general health.

Participation would require a slight change to normal diet over a period of 16 weeks.