Another accolade for Aberdeen athlete
03 November 2009 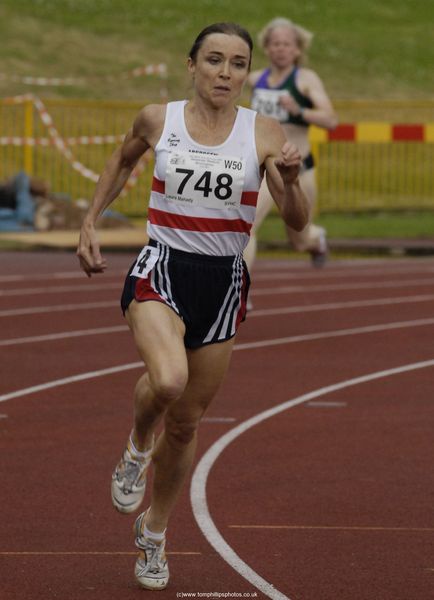 An Aberdeen runner who already boasts a string of sporting accolades has been named Scottish Masters Athlete of 2009.

Dr Laura Mahady received the award at the Scottish Athletics Awards Dinner which took place at the weekend in Glasgow and featured Lord Sebastian Coe as guest of honour.

The Masters Category is open to athletes who are over 35 years old.

The 51-year-old University of Aberdeen sports psychologist said: “I am absolutely delighted to receive this award. Your running is supposed to slow down when you get older but I seem to be getting faster.

“I’ve had an unbelievable year. At the World Masters Championships in Lahti in Finland I took gold in the 800m with a time of 2.19mins. This set a new British and European age group record.

The mum-of-three added: “This year I have been coached by Joyce and Ken Hogg who are attached to the Aberdeen Athletics Club at the Aberdeen Sports Village.

“The Sports Village was where I ran one of my most memorable races - the mile race at the open day of the brand new complex this August. I achieved first place in a time of 5.26 mins which is a new British masters’ record.

“I was delighted to do so well at the Sports Village because I firmly believe it has created a renewed enthusiasm amongst sports men and women and coaches and will help Aberdeen enjoy greater successes at all levels in the near future.”