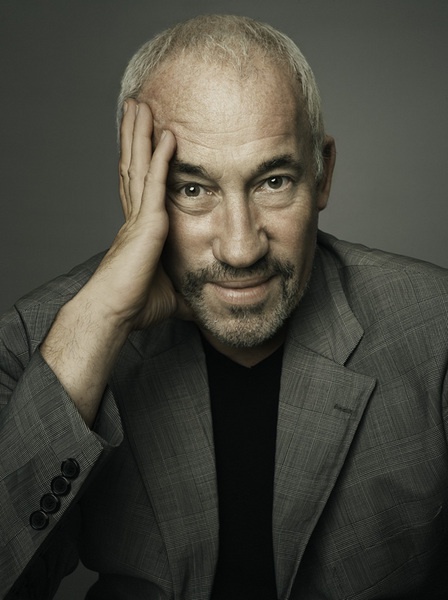 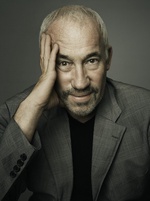 The University of Aberdeen’s prestigious Director’s Cut programme will return in November with more big names in the frame for Series 3.

Actor Simon Callow, who has appeared in the blockbusters Four Weddings and a Funeral and A Room With a View and many other well-known films, is next to take the Director’s Cut chair, on November 23.

Callow has also accumulated an impressive list of credits in theatre, opera and TV and this year he starred as Pozzo in a UK tour of Samuel Beckett’s Waiting for Godot with Sir Ian McKellan and Patrick Stewart.

He will be followed by Craig Armstrong, one of the world's most sought-after and respected composers and arrangers for film, on December 2.

Armstrong’s expressive and moving soundtracks have been the keystone to a host of well-loved films including Baz Luhrmann's Romeo + Juliet, Moulin Rouge! which won him a Golden Globe for Best Original Score, Love Actually, World Trade Center, Elizabeth: The Golden Age, and Marvel's The Incredible Hulk.

Since it began in 2007, the Director’s Cut has seen some of the biggest names in international film and broadcasting share their experiences with audiences in the Granite City.

The latest series will build on the great success of previous programmes and bookings are now open for the 2009 events, to be hosted by BBC Movie Café presenter Janice Forsyth.

The ‘in conversation’ style presentations are free of charge but booking is essential as places are expected to be snapped up quickly. To reserve your free place, visit the website at http://www.abdn.ac.uk/directorscut/ or call 01224 273874.

Dr Alan Marcus, Head of Film and Visual Culture, University of Aberdeen said: "We are pleased that the Director's Cut series has become a key fixture in Aberdeen's cultural calendar.

“With Series 3 we are bringing exciting and important filmmakers to the city and we welcome this opportunity to invite the public to share the experience of engaging with these personalities and directly pose their questions during the sessions held in the splendid King’s College Conference Centre at the University of Aberdeen.

“Our first two guests, Simon Callow and Craig Armstrong, have been identified with some of the most popular and stimulating films made in the UK in the last twenty years, and we are particularly pleased to have them appear on the Director’s Cut to illuminate the fascinating process of movie making.

Simon Callow made his first professional appearance on stage in 1973 with The Thrie Estates at Assembly Hall Theatre, Edinburgh, and has since accumulated an impressive list of credits in theatre, opera, TV and film to his name. He has been gracing the big screen in a wide variety of roles since his film debut in 1984 as Schikaneder in Amadeus, but, it was as the character Reverend Mr. Beebe in A Room With a View (1985) and as Gareth in Four Weddings and a Funeral (1994) that he became known to wider audiences. In 2009, he starred as Pozzo in a UK tour of Waiting for Godot by Samuel Beckett with Sir Ian McKellan and Patrick Stewart. As well as his numerous successes as an actor and director, Callow is also a prolific writer, including key texts on acting and two biographies of American film legend Orson Welles.  He was made a Commander of the British Empire in 1999 for his services to acting.

Craig Armstrong is one of the world's most sought-after and respected composers and arrangers for film. A native of Glasgow, Armstrong studied musical composition, violin and piano at the Royal Academy of Music. After graduation, he received numerous commissions from classical ensembles, the Traverse Theatre, the BBC, and the Royal Shakespeare Company, among others, while maintaining a parallel career in the Scottish Pop music scene. By the late 1990s he had gained critical acclaim for his work in film.  His expressive and moving soundtracks have been the keystone to such films as Baz Luhrmann's Romeo + Juliet (1996) and Moulin Rouge! (2001) (which won him a Golden Globe for Best Original Score), Love Actually (2003), Ray (2004) (for which he won a Grammy Award), World Trade Center (2006), Elizabeth: The Golden Age (2007), and Marvel's The Incredible Hulk (2008). Armstrong has also released several albums of original music, as well as working with artists such as Hole, Massive Attack, Madonna, Björk and U2