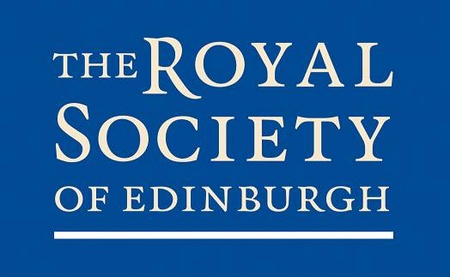 The University of Aberdeen is among the beneficiaries of new grants from the Royal Society of Edinburgh to support research and innovation in Scotland.

On Wednesday (September 2) a reception was held to mark 63 new awards totalling more than £4.4million.

The awards cover areas of research as diverse as astronomy, biomedical engineering, chemistry, neuroscience, history, politics and law, among many others.

The Research Award Programme is overseen by the RSE Research Awards Convener, Professor Alan Miller FRSE, who is also Deputy Principal for Research and Knowledge Transfer at Heriot-Watt University.

In addition to the awards made by the RSE, an announcement was also made of six inter-disciplinary research projects supported by the National Endowment for Science, Technology and the Arts (NESTA) under their Scottish Crucible programme.

Research awardees for the University of Aberdeen include:

Department of Anthropology, University of Aberdeen

Reconnecting the cultural and the natural: engaging art and anthropology in northwest Greenland.

This project is part of a developing collaboration between a team of researchers from the Department of Anthropology at the Aberdeen University, led by Tim Ingold, and a group of Masters students taking the MFA in Art Space Nature at Edinburgh College of Art, led by the artist Elizabeth Ogilvie.

It aims to promote awareness of environmental and cultural change in the polar regions, and will involve fieldwork around the town of Ilulissat, located on the west Greenlandic coast some 250 km. north of the Arctic Circle.

The contribution of Aberdeen researchers will be: (a) to provide intellectual input to the project based on anthropological studies of

(b) to advise on the ethics of long-termcollaboration with indigenous communities, and on good practice in fieldwork; and,

(c) to foster knowledge transfer across the boundary between anthropology and arts practice.

Department of Music, University of Aberdeen

The aim of this project is to prepare for publication a unique collection of psalms and spiritual songs, Premier [Second] livre du meslange des pseaumes at cantiques a troisparties, originally published in Geneva in 1577. The two-volume collection containing 46 polyphonic items with French and Latin texts has never been published since that time, and has to a large extent never been heard in modern times, simply because no one has been able to combine all three voice parts (superius, tenor, bassus), for the great majority of the items. This is therefore a unique edition, not simply a collection of works already published elsewhere. The publication will allow both amateur and professional choral groups to enjoy singing three-part music that is very approachable from a technical point of view. The original French and Latin texts will be kept, but with the addition of English translations that permit the singers to sing in whichever language they choose

Obstacles and Solutions to the Repatriation of Sacred-ceremonial Objects from Scottish Collections to their Indigenous Owners Indigenous peoples seeking the return of sacred-ceremonial items in museum collections in Scotland face a number of obstacles. This workshop aims to identify these through examination of two examples of repatriation from Scottish Museums: the claim by the Wounded Knee Survivors Association for the Ghost Dance Shirt from Glasgow Museums and the claim for the ceremonial bundle of the Kainai First Nation from Marischal Museum.

Many Indigenous peoples are seeking alternative modes of dispute resolution to enable the repatriation of their cultural heritage from museums, yet there is no formal structure currently available, as there is for items spoliated by the Nazis. Scottish museums have had to formulate ad hoc procedures when faced with claims for repatriation. The workshop will evaluate the effectiveness of the procedures utilised in the two examples and consider how to design procedures that take account of cultural differences, legal restrictions and alternative modes of repatriation.

The object of this study is to pursue research into neo-liberal intellectual networking in the early years of the "Thatcher revolution". I am interested in the development of neo-liberal ideas in the St Andrews University Conservative Association from the early Sixties on. Several Conservative activists of this period (1962-1973) went on to play a key role in the establishment and development of Hayekian think tanks in the Seventies and Eighties.

My stay in Stirling in June 2009 enabled me to contact several former St Andrews students who had been active in student politics in the Sixties and to submit a first version of a paper on the St. Andrews Conservative Association to a research seminar organized by the Politics and History Departments. In Aberdeen, discussions with Professor Cairns Craig enabled me to explore the Scottish dimension of neo-liberalism and the links between contemporary neo-liberalism and the Scottish philosophical tradition.

“The awards promote excellence will support the diverse and important work taking place here at Aberdeen.”

The RSE President, Lord Wilson of Tillyorn KT GCMG said: “One of the key roles of the Royal Society of Edinburgh is to promote and recognise excellence. Our Research Awards certainly fulfil those criteria.

“They support some of the most gifted young scientists, researchers and innovators working in Scotland today whose endeavours contribute to long term public benefit.

“We are only able to provide these awards through the valuable support of a number of key partners. We offer sincere thanks for their assistance to BP, the Biotechnology and Biological Sciences Research Council, Caledonian Research Foundation, Lloyds TSB Foundation for Scotland, the Science & Technology Facilities Council, Scottish Enterprise, the Scottish Government and the European Commission.

“The class of 2009 demonstrates the standard of excellence we have come to expect from our Research Awardees. For that they deserve warm congratulations. I wish them every success, now and in the future.”