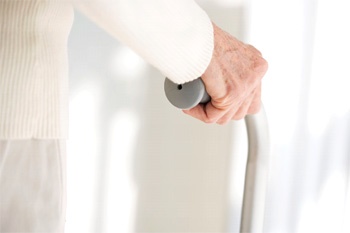 Over 70s are being sought to take part in an innovative new balance study that will use the latest games system.

The University of Aberdeen and NHS Grampian want to find out whether the Nintendo Wii Fit can help improve the balance of older people who are prone to falling.

People over 70 - who have fallen at least once in the last year - are wanted for the British Geriatrics Society funded study that will use gentle exercises from the hugely popular game to see if these make any difference to their balance.

Volunteers should live in their own home or in sheltered housing and be able to attend twice weekly Wii sessions over a 12 week period at Woodend Hospital in Aberdeen.

“The over 65s who live independently in the community fall at a rate of 30% a year, and this rises as they get older.  6% of falls result in a broken bone including potentially fatal injuries such as fractured hips.

“Falls cause real problems both for the individual and for our population as a whole. As well as causing injury, they can lead to loss of confidence, a fear of falling, reduced quality of life and even early death. They also have a healthcare cost.

“There is already a falls group at Woodend Hospital that offers advice and group exercise to those who have had a fall.

“However, NHS Grampian's Department of Medicine for the Elderly is working closely with colleagues at the University of Aberdeen to explore and develop innovative approaches to improving balance. We are evaluating the efficacy of computer-assisted exercise programmes to see if these are suitable and acceptable to the elderly population.”

After an initial assessment by a physiotherapist, volunteers on the trial will be helped by University students Estelle Lowry, who is studying for a BSc Biomedical Sciences (Physiology), and Mark Lawson, who is doing a BSc in Sport and Exercise Science.

Their University supervisor, Dr Alison Jenkinson, said: “Our students are really looking forward to helping with this study. In fact there was quite a bit of competition among students to be the two who were selected to be involved.

“Mark and Estelle will run the Wii sessions which will include a warm up and then up to 30 minutes of simple balance games, although volunteers can do less if they choose.

“Participants will be trained by our students in the gentle moves that are required during their sessions on the balance board.

“The pair will also be on hand to help immediately if any of our volunteers feel unsteady.”

The idea of using Wii Fit and its balance board came from Dr Alison Stewart, Commercial Research Manager with NHS Grampian and Honorary Research Fellow at the University of Aberdeen.

She said: “When I was working in the University of Aberdeen’s osteoporosis unit, my main aim was to prevent fractures. A total of 90% of hip fractures are due to falls.

“As many older people have a problem with their balance, I wanted to investigate balance and initially I proposed using a piece of equipment that cost several thousand pounds.

“When no grants were forthcoming to pay for this equipment, I heard that the Wii Fit balance board might do exactly the same thing.

“I’m hoping this will be the case and that it will also provide our volunteers with the added value of being entertained at the same time.”

Those over 70, who have fallen at least once in the last year, and who would like to volunteer for the study should ring 01224 556789 and give their name, date of birth and telephone number to the receptionist. Dr Fraser will call back later.
ENDS

Dr Marie Fraser, Dr Alison Jenkinson, Dr Alison Stewart and Mark Lawson are available for interviews.  Willie Jaffray (70), from the Midstocket area of Aberdeen can be photographed/filmed using the Wii Fit.  NB: Mr Jaffray is not one of the volunteers on the study.