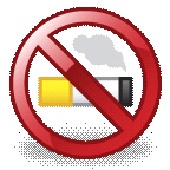 New research published today (Tuesday 10th February) by Occupational and Environmental Medicine reveals that the smoking ban has provided health benefits for smokers, as well as non-smokers, in Scotland.

The Bar Workers' Health and Environmental Tobacco Smoke Exposure (BHETSE) Study monitored the impact of Scotland's smoking ban on the health of a sample of smoking and non-smoking bar workers from bars in five areas of Scotland.

The study, funded by NHS Health Scotland and the Scottish Government, followed over 190 bar workers from over 70 bars over a 12 month period and found that the percentage of these workers reporting respiratory symptoms, such as wheezing, shortness of breath, cough and phlegm production, fell from 69% to 57%, within one year of their workplaces becoming smoke-free.  The proportion of bar workers reporting at least one sensory symptom, such as irritated eyes and sore throat, also fell from 75% to 64% post-ban.

Public Health Minister Shona Robison said: "We're determined to do all we can to improve the nation's health and the ban on smoking in public places has been one of the most significant measures taken in recent years to achieve this.

"Our challenge now is to encourage more people to quit smoking and ensure that young people do not start in the first place.

"In our smoking prevention action plan, we outlined the next steps in our drive to further reduce smoking levels. This includes making cigarettes less accessible and attractive by restricting their display in shops. These changes will all help us to achieve our goal of a smoke-free Scotland."

Professor Jon Ayres, Principal Investigator and currently Professor of Environmental & Respiratory Medicine, Institute of Occupational & Environmental Medicine, at the University of Birmingham, said: "These findings for the Scottish smoking ban show a similar result to the bans in the US and Ireland.  But, significantly, for the first time, we have found that smokers also reported important improvements in their health."

Dr Sean Semple, Senior Lecturer in the Department of Environmental and Occupational Medicine at the University of Aberdeen, was project manager for the study. He said: "These findings confirm that the air quality in pubs can have an impact on respiratory health and the Scottish smoke-free legislation has resulted in improvements in the respiratory health of the majority of bar workers, smokers and non-smokers alike."

Sally Haw, Senior Scientific Adviser, Scottish Collaboration for Public Health Research & Policy said: "The main aim of the Scottish smoking ban was to protect the health of non-smokers and findings from the national evaluation not only have demonstrated this but have exceeded our greatest expectations.    These new findings about the impact of the legislation on smokers add to the growing list of positive outcomes associated with the introduction of the Scottish smoking ban."

Sally Haw is on secondment to the Scottish Collaboration for Public Health Research & Policy (SCPHRP) from her role as Principal Public Health Advisor at NHS Health Scotland. The Scottish Collaboration for Public Health Research and Policy is a new initiative, formed in response to the need to bring together the best minds in public health to tackle the biggest health problems Scotland faces now and in the future. The Collaboration aims to devise fresh, new strategies to tackle Scotland's poor health record. It is funded jointly by the Chief Scientist Office of the Scottish Government Health Directorates and the Medical Research Council.